US Syria envoy in Turkey for talks | Eurasia Diary - ednews.net

Russia has potency to produce intermediate-range missile in 6 months, depending on US steps
Read: 436

Russian warships launched a massive missile attack on the terrorists near Aleppo
Read: 392

US Syria envoy in Turkey for talks 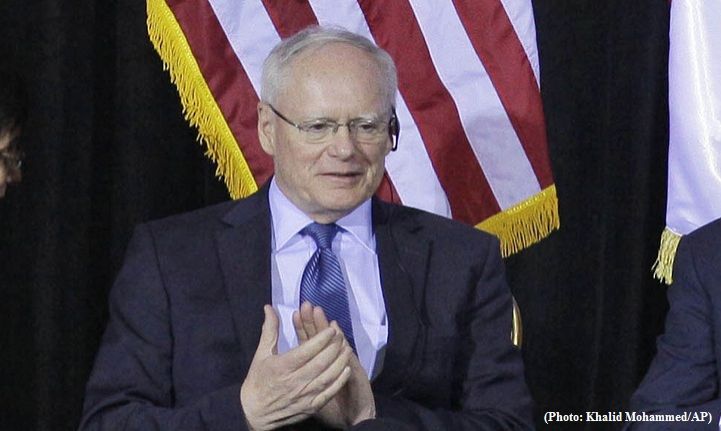 The U.S. special envoy for Syria is in Turkey for talks with Turkish officials over Syria, counter-terrorism and security, the State Department said Sunday, Anadolu Agency writes.

James Jeffrey, who also serves as the U.S. special envoy for the Global Coalition to Defeat Daesh, will have meetings on Monday and Tuesday with senior Turkish officials in Ankara, Turkey's capital.

Jeffrey’s visit came upon an invitation by the Turkish government, according to the written statement by the State Department.

"Ambassador Jeffrey is leading an interagency delegation to continue discussions with senior Turkish officials to advance issues of mutual interest on Syria to include, addressing Turkey’s legitimate security concerns, the implementation of UNSCR 2254 on the resolution of the Syrian conflict, and our continued efforts to ensure an enduring defeat of ISIS [Daesh]," read the statement.