Kushner returns to the Middle East for talks 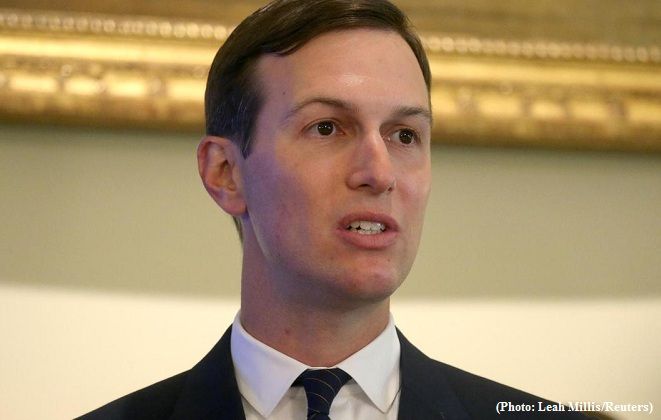 Jared Kushner will return to the Middle East later this month as he pushes his controversial plan for peace between Israel and the Palestinians, a senior official in President Donald Trump's administration said on July 21, Hurriyet Daily News reports.

"Kushner will travel to the region at the end of July for discussions to continue the momentum of the successful Bahrain workshop on the economic plan," the official said on condition of anonymity.

The official did not give details on an itinerary for Kushner, who is Trump's son-in-law, but on previous trips he has visited Israel as well as Saudi Arabia and Jordan.

He will be accompanied by White House advisor Jason Greenblatt and U.S. envoy for Iran Brian Hook, the official said.

The trip will come around a month after Kushner convened an economic workshop in Bahrain that dangled the prospect of $50 billion in investment under a peace deal.

But the Palestinian Authority boycotted the "Peace to Prosperity" workshop, accusing the unabashedly pro-Israel Trump of using the prospect of cash to try to impose political solutions, and of ignoring the fundamental issue of Israeli occupation.

Trump took the landmark step of recognizing bitterly disputed Jerusalem as Israel's capital and Kushner, a family friend of Prime Minister Benjamin Netanyahu, has suggested that his plan would not mention a Palestinian state, a longtime goal of U.S. diplomacy.

Kushner's trip also comes amid heightened tensions between Tehran and Washington, which withdrew last year from a deal aimed at curbing Iran's nuclear program and has imposed punishing sanctions on the country.

The U.S. said it shot down an Iranian drone on July 18 and has accused Tehran of multiple attacks on tanker ships, while the Islamic republic downed an American drone last month.