Turkey to ‘continue to let those down’ in their efforts to axe its development via ‘terrorist attacks, economic traps' 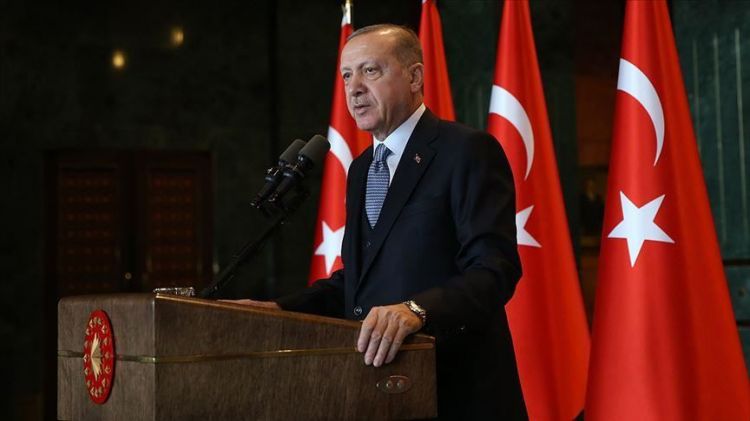 “We will continue to let those down who use many methods from terrorist attacks to economic traps to stop Turkey in the period ahead of us,” Erdogan said in a video message to mark the Eid al-Adha, a Muslim religious festival.

Turkey gains its power from unity, solidarity, and brotherhood, he stated.

The country has experienced many victories in August throughout its history, he said, referring to the Victory Day, the 1922 defeat of Greek forces, which falls on Aug. 30 and Turkey’s counter-terrorism operation Euphrates Shield which was launched in August 2016 in Syria.

“I hope we will add a new circle to our chain of victories in this August,” Erdogan said.

He wished Eid al-Adha to bring goodness to Turkish nation, the entire Muslim world and humanity.