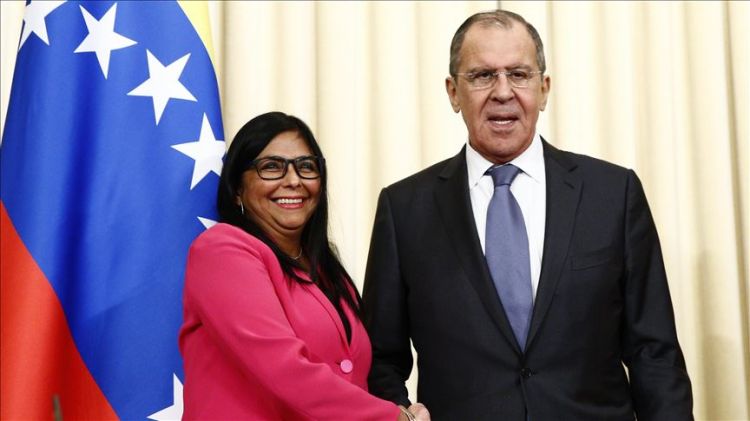 Moscow will host talks between Russia’s top diplomat and Venezuela’s vice president on Wednesday, the Russian Foreign Ministry said on Tuesday.
Russian Foreign Minister Sergey Lavrov and Venezuela’s Delcy Rodriguez will meet to discover the ways for further coordination on the global stage, the developments in and around Venezuela, the ministry said in a statement.
"The parties will exchange opinions on the current issues of bilateral agenda related to the implementation of major joint projects in the economy, science, high technology and culture," the statement read.
In a separate statement, Russia’s Deputy Foreign Minister Sergey Ryabkov said that Rodriguez is in Moscow and is holding meetings with top Russian officials and businessmen.
Venezuela has been rocked by political unrest, beginning on Jan. 10, when President Nicholas Maduro was sworn in for a second term. Tension escalated on Jan. 23 when parliament member Juan Guaido declared himself interim president.
Russia, China and Iran have thrown their weight behind Maduro, as has Turkey.
Spain, Britain, France, Sweden, Germany, Japan and Denmark joined the U.S., Canada in recognizing Guaido as Venezuela’s interim leader.
AA