Russian air defense systems were ready to shoot down US bombers a few days ago
Read: 1577 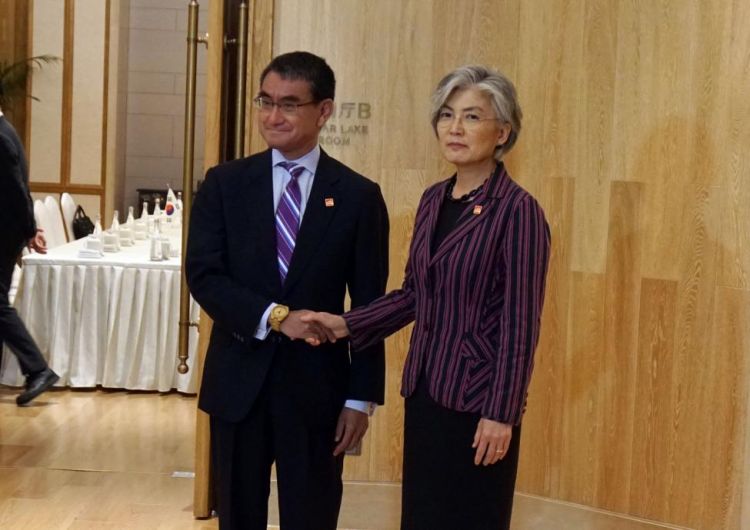 The top diplomats of South Korea and Japan held bilateral talks in Beijing on Wednesday as Seoul is considering whether to renew a military information-sharing pact with Tokyo amid badly frayed relations between the two countries.
Foreign Minister Kang Kyung-wha and her Japanese counterpart, Taro Kono, met on the sidelines of a trilateral meeting with their Chinese counterpart, Wang Yi.
Their talks raised hopes that Seoul and Tokyo could find a way to at least de-escalate tensions amid growing concerns that deepening rancor in their ties could hamper trilateral cooperation with Washington for regional security.
Kang was expected to use her talks with Kono to renew Seoul's call for Tokyo to retract its recent export curbs that South Korea sees as political retaliation for last year's Supreme Court rulings here against Japanese firms over colonial-era forced labor.
Tensions between the two countries showed no signs of abating as Tokyo's decision earlier this month to remove South Korea from a list of favored trade partner countries is set to go into effect next Wednesday.
South Korea has been calling for a diplomatic solution while denouncing Japan's export control measures as running afoul of the principles of free trade, which Tokyo has long championed and benefited from.
In his Liberation Day speech last week, South Korean President Moon Jae-in said he would "gladly join hands" with Japan should it choose the path of dialogue and cooperation -- remarks largely seen as an olive branch to the neighboring country.
The foreign ministers' meeting also comes at a delicate time when Seoul is mulling whether to renew a bilateral military intelligence-sharing accord with the deadline for its decision set for Saturday.
Kang has said that Seoul is still reviewing whether to retain the pact, which is to be renewed automatically each year unless either side expresses an intent to terminate it.
During a dinner session Tuesday, Chinese Foreign Minister Wang stressed the importance of three-way cooperation to move beyond differences among countries to promote regional peace, stability and shared prosperity.
Wang also noted the need for the three countries to "squarely face history."
Kang and Kono last held bilateral talks on the sidelines of a regional forum in Bangkok on Aug. 1.