The loss of the four young men is extremely sad and we share grief of their families – British journalist
Read: 2033 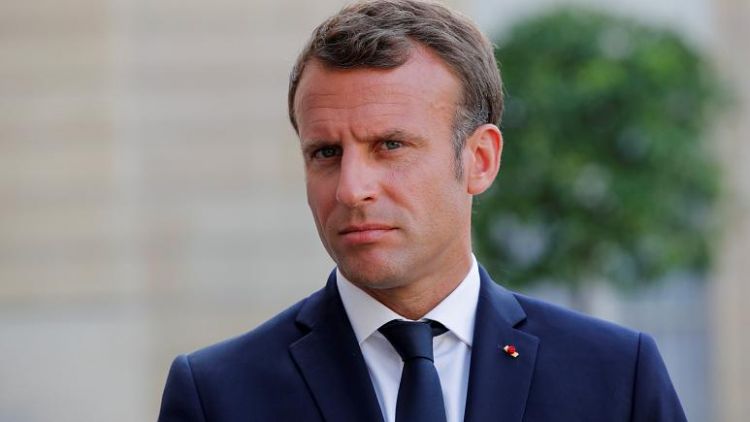 French President Emmanuel Macron said on Wednesday that Boris Johnson would need to clarify his position on Brexit because the Prime Minister's demands to renegotiate the withdrawal deal are "not an option that exists".
Macron said a "hard Brexit" in which the UK exited the EU without a deal by October 31 would be of Britain's own making, but that France was prepared for this scenario.
He added that the cost of a no-deal Brexit would not be mitigated by a deal with Washington.
"Can the cost for Britain of a hard Brexit, because Britain will be the main victim, be offset by the United States of America? No. And even if it were a strategic choice it would be at the cost of a historic vassalisation of Britain," he said.
The president's comments came ahead of Johnson's first official visit to France as Prime Minister on Thursday (August 22).
The French president spoke to reporters from the Association de la Presse Présidentielle (Presidential Press Association) in Paris as Angela Merkel held a press conference with Johnson in Berlin.
Merkel said there were "possibilities" for a compromise on the backstop issue and suggested that they work to find a solution within the next 30 days.
The backstop is an insurance policy that is meant to prevent a hard border between Northern Ireland and the Republic of Ireland.
Macron, meanwhile, stated that Europe would not choose between the single market and the Good Friday Agreement.
"We won't jeopardise peace in Ireland, that would be one of the consequences of dropping the so-called backstop," he said.
Macron also remarked: "We shall not accept that Europe becomes a sieve, that there shall be no more checks at the border ... just because Mr Johnson doesn't like [the backstop]".
European Council President Donald Tusk had tweeted earlier in the week that Britain hadn't offered "realistic alternatives" to the backstop. Johnson sent a letter to Tusk on Monday in which he repeated calls for the backstop to be removed from the withdrawal agreement.
Euronews