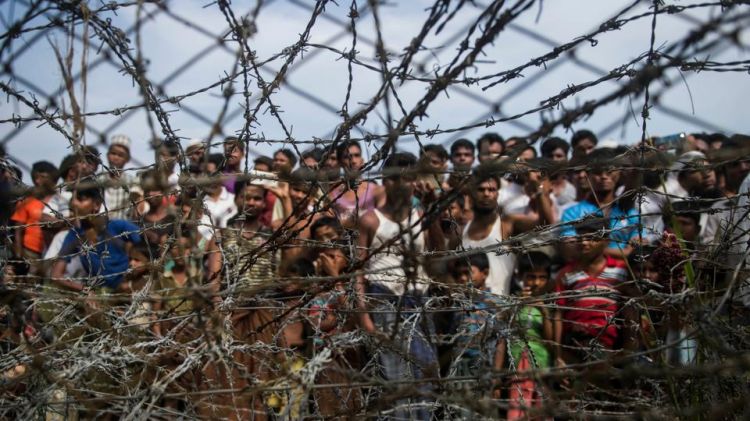 The Independent International Fact-Finding Mission on Myanmar says in a report wrapping up two years of documentation of human rights violations by security forces that counterinsurgency operations in 2017 included "genocidal acts."

It says the operations killed thousands of people and caused more than 740,000 Rohingya to flee for their lives to Bangladesh.

Rohingya Muslims remaining in Myanmar still face a "serious risk of genocide", the UN investigators said, warning the repatriation of a million already driven from the country by the army remains "impossible."

The fact-finding mission to Myanmar called for the prosecution of top generals, including army chief Min Aung Hlaing.

Some 740,000 Rohingya fled burning villages, bringing accounts of murder, rape and torture over the border to sprawling refugee camps in Bangladesh, where survivors of previous waves of persecution already languish.

But in a damning report, the UN team said the 600,000 Rohingya still inside Myanmar's Rakhine state remain in deteriorating and "deplorable" conditions.

"Myanmar continues to harbour genocidal intent and the Rohingya remain under serious risk of genocide," the investigators said in their final report on Myanmar, due to be presented Tuesday in Geneva.

The country is "denying wrongdoing, destroying evidence, refusing to conduct effective investigations and clearing, razing, confiscating and building on land from which it displaced Rohingya," it said.

"Instead of making biased accusations, they should go onto the ground to see the reality," Zaw Min Tun told AFP.