Let my resignation be a sobering move calling “Stop it!” - Director of the NSS of Armenia resigned | Eurasia Diary - ednews.net

Let my resignation be a sobering move calling “Stop it!” - Director of the NSS of Armenia resigned 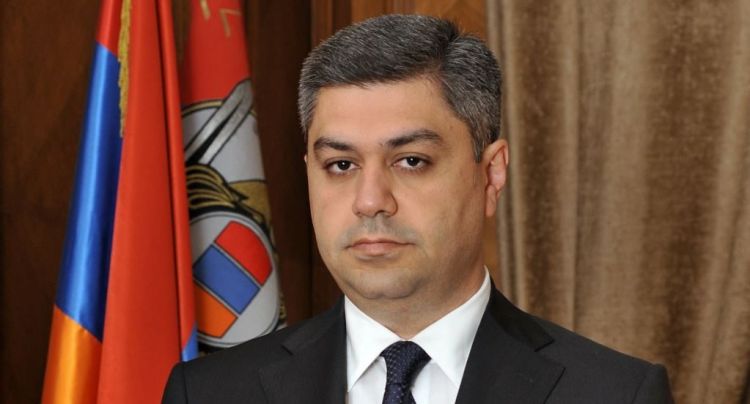 Director of the National Security Service (NSS) Artur Vanetsyan on Monday announced his resignation, citing the ″situation in the country″ and the ″context of future developments″ incompatible with his tenure, Tert.am reports.

Distinguished officers of the National Security Service of the Republic of Armenia,

"I hereby inform you that I have made a decision to submit a letter of resignation from the position of the director of the National Security Service of the Republic of Armenia. In the current situation and in the context of the forthcoming, I consider such a decision as most preferred and most well founded option for serving to the Republic of Armenia and to my fellow compatriots.

"I have made this decision with same confidence, as the one of agreeing to assume the office of the director of the National Security Service during that decisive period for our country.

"My service of the past year and a half has been in front of you all; I have made every step guided by one principle: the Homeland and the honor of an officer are above everything.

"Statebuilding has its logic. Spontaneity of decisions, the turbulence of actions and the workstyle of not distinguishing primary and secondary, ephemeral and substantial issues is not the road that will lead towards fulfilling our goals. That does not have anything in common with the officer’s dignity: officer’s stripes and such flow of developments are incompatible.

"Let my resignation be a sobering move calling “Stop it!”: in all other options the duty to the Homeland will prevail. May peace and security be with our country.