US seeks to seize gasoline in four Iran tankers bound for Venezuela
Read: 360

Syrian conflict can be resolved within Syrian sovereignty - Ankara Summit 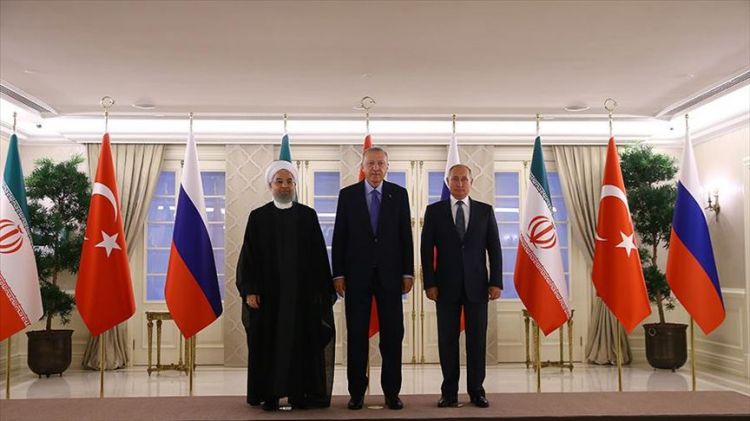 The leaders of Turkey, Russia and Iran on Monday stressed a strong commitment to Syria's sovereignty in a joint statement following a trilateral meeting on Syria, Anadolu Agency reports.

“The Presidents emphasized their strong commitment to the sovereignty, independence, unity and territorial integrity of the Syrian Arab Republic as well as to the purposes and principles of the UN Charter,” read a joint statement released following the trilateral summit on Syria.

The statement came after Turkish President Recep Tayyip Erdogan, his Russian counterpart Vladimir Putin, and Iran's Hassan Rouhani met in the Turkish capital Ankara for the fifth time to discuss the situation in Syria.

According to the statement, the leaders discussed the situation in northeastern Syria and “reviewed the developments following their last meeting in Sochi on 14 February 2019 and reiterated their determination to enhance the trilateral coordination in light of their agreements.”

The Syrian conflict can only be resolved through “Syrian-led and Syrian-owned, UN-facilitated political process in line with UN Security Council Resolution 2254,” the leaders stated.

The leaders also rejected all attempts to “create new realities” on the ground in Syria under the pretext of fighting terrorism, said the statement, likely referring to U.S. support for the terrorist YPG/PKK, ostensibly in order to fight Daesh.

The statement also voiced their “determination to stand against separatist agendas aimed at undermining the sovereignty and territorial integrity of Syria as well as threatening the national security of neighboring countries.”