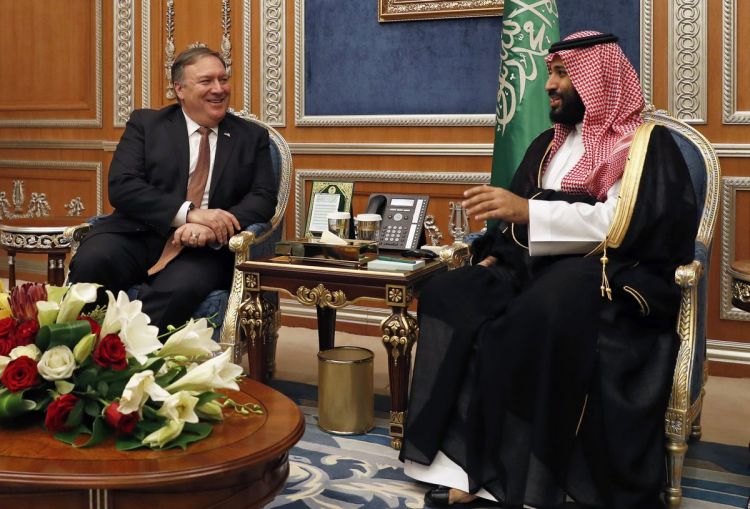 U.S. President Donald Trump said on Wednesday there were many options short of war with Iran after Saudi Arabia displayed remnants of drones and missiles it said were used in an attack on its oil sites that was "unquestionably sponsored" by Tehran, Reuters reports.

The president struck a cautious note as his Secretary of State Mike Pompeo, during a visit to Saudi Arabia, described the attacks as "an act of war" on the kingdom, the world's largest oil exporter.

Trump said on Twitter that he had ordered the U.S. Treasury to "substantially increase sanctions" on Iran, which denies carrying out the attacks, and told reporters the unspecified, punitive economic measures would be unveiled within 48 hours.

Trump's tweet followed repeated U.S. assertions that the Islamic Republic was behind Saturday's attacks and came hours after Saudi Arabia said the strike was a "test of global will".

Iran again denied involvement in the Sept. 14 raids, which hit the world's biggest crude oil processing facility and initially knocked out half of Saudi output. Saudi Arabia is the world's leading oil exporter.

Responsibility was claimed by Yemen's Iran-aligned Houthi group, which on Wednesday gave more details of the raid, saying it was launched from three sites in Yemen.

In a remark that may further strain a tense political atmosphere in the Gulf, the Houthis said they had listed dozens of sites in the United Arab Emirates, Riyadh's top Arab ally, as possible targets for attacks.