The loss of the four young men is extremely sad and we share grief of their families – British journalist
Read: 2022

Hubble captured a sculped galaxy that is moving away from us
Read: 462

The statement from UN envoy for Yemen came after Houthi rebels announced a halt in all attacks against the territory of Saudi Arabia, hoping “the gesture would be answered by a stronger gesture" from the Saudis. 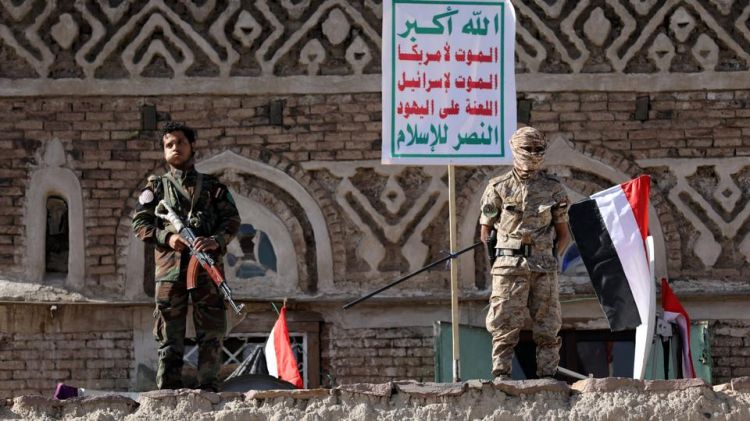 The UN envoy for Yemen says the Houthi rebels' initiative to halt attacks on Saudi Arabia "could send a powerful message of the will to end the war" in Yemen, TRT World says.

Martin Griffiths' comments Saturday came hours after the Houthi announcement, and a week after the rebels claimed a strike that crippled a key oil facility in Saudi Arabia.

Griffiths called for "taking advantage of this opportunity and moving forward with all necessary steps to reduce violence, military escalation and unhelpful rhetoric."

On Friday, Houthi rebels announced that they planned to halt all attacks on Saudi Arabia as part of a peace initiative to end their country's devastating conflict.

Mehdi al Mashat, head of the Houthis' supreme political council, announced in a speech marking the 2014 rebel seizure of the capital Sanaa "the halt of all attacks against the territory of Saudi Arabia".

He added that he hoped "the gesture would be answered by a stronger gesture" from the Saudis, according to the rebels' Al-Masirah television channel.

The announcement comes after a wave of drone strikes last weekend on Saudi oil installations knocked out half of the kingdom's production and sent shock waves through energy markets.

The Houthis claimed responsibility for the attacks, but Riyadh's ally Washington has placed the blame on Iran, which backs the Yemeni insurgents.

President Donald Trump and the US Treasury Department on Friday laid out the latest in a series of economic sanctions against the Islamic republic.

Mashat said the Houthis' peace initiative was aimed at "bringing about peace through serious negotiations to achieve a comprehensive national reconciliation which does not exclude anyone".

A major goal was to "preserve the blood of Yemenis and achieve a general amnesty," he added.

The plan calls for rebels to "stop all attacks on Saudi territory by drones, ballistic missiles and other means," he said.

"Pursuing war is not in anyone's interest."

He also called for the reopening of Sanaa's international airport and open access to Yemen's Red Sea port of Hodeida, a crucial entry point for imports and humanitarian aid.

The Houthis have been fighting against a Saudi-led coalition that intervened in 2015 to support the country's internationally recognised government.

Saudi Arabia has so far not directly accused any party of carrying out Saturday's attacks, but said authorities have launched an investigation to determine the culprits.