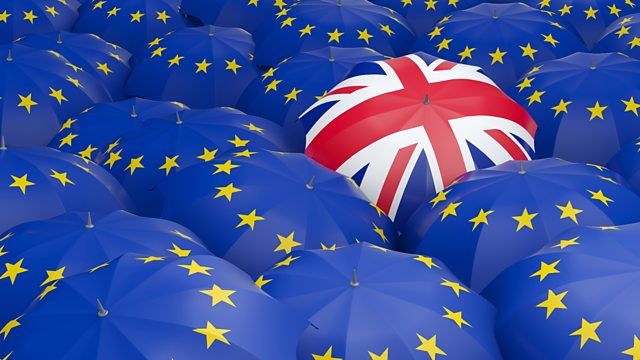 While the European family seems to be having its internal spats – populist sparks within threatening to light the powder keg – the marshals and deputies, for the most part, are attempting to contain the British contagion. Britain is still scheduled to leave on October 31 without a deal with the European Union. The divorce papers remain unimplemented, and the lawyers and mediators are chafing. Governments across the European Union are planning for the hardest of hard departures, and Yellowhammer, the emergency government document contemplating the worst – queues, depleted supplies of necessaries, possible riots, transport shortages – has become, in a short time, part of the canon of apocalypse.

As that date looms, the internal prospects for British dissolution cannot be discounted. What the Brexit to-and-fro has shown since 2016 is a certain version of boisterous and blind Englishness, rather than composed Britishness per se. In announcing a Brexit war cabinet, Prime Minister Boris Johnson was really declaring war on Britain, with the EU enemy more spectral than ever.

The Britannic entity remains a political compact; England is a nation, albeit the dominant member. Scotland and Wales are also nations, but have been somewhat eclipsed by what Neal Ascherson describes as “the nation which still thinks it’s more than just a nation, which has been paranoid about ‘foreigners telling us what to do’ since Henry VIII told the pope where he could stick it.”

It was that Englishness, more than any coherent concept of Britishness, that Johnson has pursued, both as Brexit campaigner and scribe, penning pieces as Brussels correspondent for the Daily Telegraph from 1989 to 1994 that have now come to be described as true right-wing satire. Those observations about Brussels-styled lunacy in regulation, much of it painfully emptied of fact, furnished the stirrings of English revolt.

The UK compact is under siege from several angles. The prime minister’s attempt to prorogue parliament went to the highest courts in both Scotland and England, and perished in what can only be described as a cool, legal death. The suspension of parliament had been obtained for improper purposes, a measure designed to prevent Parliament from exercising its scrutinising, and accountability functions. The response from the Brexit platoons was one of horror and outrage: the people’s wishes had been repudiated by unelected judges. Those wishing for Britain to remain, and those wishing for a clear Brexit deal, cheered the judges as discharging a relevant democratic function. Parliament, in turn, has returned to type: a state of doomed paralysis seemingly awaiting some external catalyst.

The nations within the union are also unsettled. Scotland is perhaps the most likely candidate to exit the Britannic family first. While 51.9 percent of Britons voted to leave, 62 percent of Scots voted to remain. Its attempts at independence have thus far failed, but the last three years have seen more kindling for the effort. This has also been assisted by the refusal on the part of the UK government to offer Scotland a specially tailored variant of Brexit, a sort of Greenland-Denmark model. This has been a feature marked by Westminster’s blanket exclusion of devolved governments in any part of the negotiations.

As law academic Sionaidh Douglas-Scott pointedly reminds us, the UK EU Withdrawal Act 2018 covering post-Brexit domestic law was enacted without Scottish consent, a clear “breach of the Sewel Convention.” While Sewel is not a legally enforceable understanding, this very fact suggested the breach of mutual trust, an institutional sneer. Westminster, in short, had shown its true colours.

The All Under One Banner (AUBO) procession on Saturday in Edinburgh attracted thousands, though it was unclear whether the hundred thousand number sought by the organisation was reached. Irrespective of that point, background work is being done to stage the next independence referendum. Scotland’s first minister, Nicola Sturgeon, has re-busied herself with the project, hoping to re-run another vote in 2020. This would require dispensation from the UK government. Her advertising plea? We are doing more for infrastructure and the environment (better busses, a decarbonised Scottish rail network by 2035, a new green deal) and combating health inequality that Westminster has evidently loss interest in. “We will seek agreement to the transfer of power that will put the referendum beyond legal challenge. We have a clear democratic mandate to offer the choice of independence within this term of parliament and we intend to do so.”

Ironically, Wales, having propped the leave vote in 2016, is now muttering about a possible exit from the UK while flirting with the idea of European re-engagement. In July this year the BBC wondered whether it was becoming “indy-curious”. The network’s Welsh affairs editor Vaughan Roderick had this assessment: “there is not much evidence of growing support for independence itself, but there is evidence that it’s being talked about a lot more.” Welsh Labour, for instance, suggests more than a smattering of interest for the idea.

This month, Plaid Cymru’s leader Adam Price told BBC Radio Wales’ Breakfast program that a referendum on the subject would take place by 2030. He suggested the probable dissolution of the UK. “The UK as we know it could cease to exist in a few short years.” The message of the EU being the big bad wolf against British sovereignty does not feature in Price’s vision. As an independent state – independent, that is, from the UK, yet a member of the EU – Wales would be able to obtain up to £2bn in extra funds.

To the Plaid Cymru party conference, Price reiterated the vision of “independence” as an “imperative”. It was because of his party that “the argument for independence has moved from the periphery to the centre”. He also issued a stern warning to the governing English centre in Westminster: £20bn was needed, not as charity “but reparation for a century of neglect that has left a country, rich in its resources, a bitter legacy of poverty, sickness, blighted lives and broken dreams.”

Like a misguided effort at summoning demons, Brexit conjured up creatures that are proving impossible to contain. The forces of history are finding their unruly way; the disaffected are starting to tear and itch. The EU bogeyman is becoming less real than the kingdom’s internal conflict. Hail, the Disunited Kingdom!