CIS FMs agree on number of documents in Ashgabat 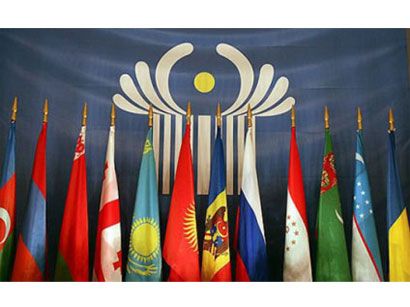 A number of documents have been agreed upon in Ashgabat during a meeting of the CIS Council of Foreign Ministers, Trend reports.

At the meeting, an exchange of views took place on the relevant aspects of international relations and interaction in the CIS.

The parties agreed on the adoption of the Program of Action for Enhancing Partnership between the Foreign Ministries of the CIS Member States.

This document is designed to give a more focused and targeted nature to joint work, ensure the most favorable conditions for coordinated action on topical issues of the international agenda, the Turkmenistan State News Agency reported.

The documents to be submitted Oct. 11 for signing at the Council of CIS Heads of State have been also finally agreed upon.

They include the draft Appeal of the heads of state of the CIS countries to their peoples and the world community in connection with the 75th anniversary of the victory of the Soviet people in the Great Patriotic War of 1941-1945.

Foreign ministers of the CIS countries were also invited to participate in the international conference on peace, security and sustainable development to be held Dec. 12, 2020 in Turkmenistan, and events on the occasion of the 25th anniversary of Turkmenistan’s neutrality, the report said.