US has violated its obligations in regards to visas - UN supported Russia's position | Eurasia Diary - ednews.net

Armenia fears that the Zangazur corridor will enhance Turkey's empowerment in the region - Elkhan Shahinoglu
Read: 304

We hope that the Trilateral Working Group on Karabakh will resume its activities in the near future - Zakharova
Read: 297

There are wide opportunities for increasing trade turnover between Azerbaijan and Russia - Russian Deputy Minister
Read: 268 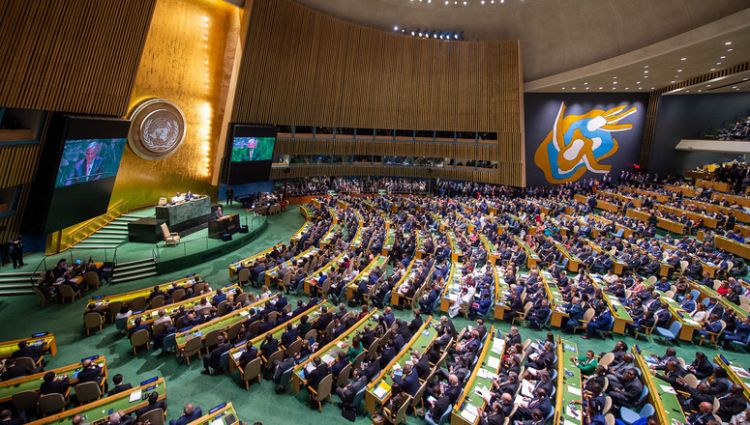 UN Deputy Secretary General has confirmed Russia's position on the violation of host country obligations by the United States, Russia's Deputy Permanent Representative to the UN Gennady Kuzmin said after the session of the UN committee on relations with the host country, Eurasia Diary reports citing to TASS.

"The UN Deputy Secretary General has basically supported our position, which is that the US has violated its obligations in regards to visas," Kuzmin said.

"We have managed to persuade a wide range of countries that took part in the session, that our position is right, that our demands are justified, and that the host country is not fulfilling its obligations," Kuzmin said. He noted that many countries supported Moscow's position, while representatives of EU countries took an intermediate stance.

"The issue was for the first time stated clearly on the necessity of making reciprocal steps," Kuzmin said. "We support the initiative voiced by several delegations who talked about launching a mechanism in accordance with the agreement on the headquarters which will include settling the issue in court between the UN Secretary General and the host country," he added.

The question of settling the issue in court "fully depends on the UN Secretariat," he noted. "As member countries, we can only suggest this and insist on this procedure, but the UN Secretary General has the final say in it," Kuzmin stressed.