2750 tonnes of ammonium nitrate stored at Beirut warehouse at centre of explosion
Read: 705 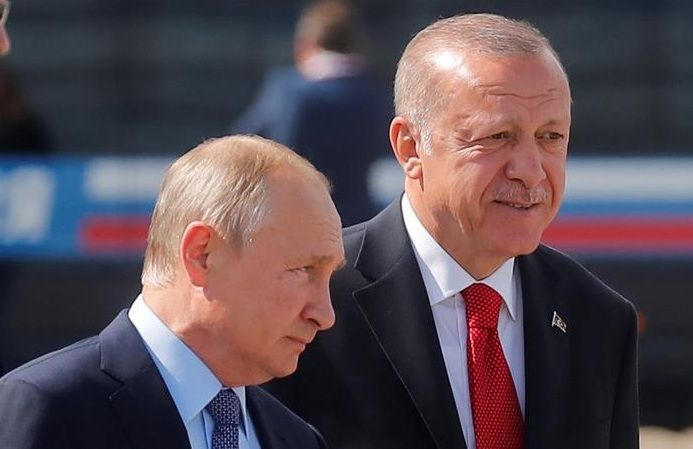 Russian President Vladimir Putin remains in contact with his Turkish counterpart Recep Tayyip Erdogan on Syria, with an ultimate goal of restoring full territorial integrity of that country, Russia’s Permanent Representative to the United Nations Vassily Nebenzia told reporters on Wednesday after a closed-door session of the UN Security Council on Turkey’s offensive in Syria, Eurasia Diary reports citing to TASS.

"You know that President Putin is in continuous dialogue with President Erdogan. They spoke before, they also spoke today. President Erdogan is coming to Moscow soon. Of course, this issue will be discussed there. The Turkish side tells us that they will respect sovereignty and territorial integrity of Syria and that the final aim will be to ensure that Syrian territory is sovereign and fully territorially integral," Nebenzia said.

The session was convened at the request of five European members at the UN Security Council.

On October 9, Ankara launched an offensive in north Syria dubbed Operation Peace Spring, which began with airstrikes on Kurdish units. The objective is to establish ‘a safe zone’ in northern Syria for protection of the Turkish border. In addition, Syrian refugees could return to that area from Turkey, Ankara believes. Syria’s SANA news agency slammed Ankara’s operation as an act of aggression. The international community criticized Ankara. SANA reported on Sunday evening that Damascus had dispatched army units to Syria’s north to offer resistance to the Turkish army.