Azerbaijan has right to use its armed forces to take back its legally acknowledged territory - British journalist
Read: 4124 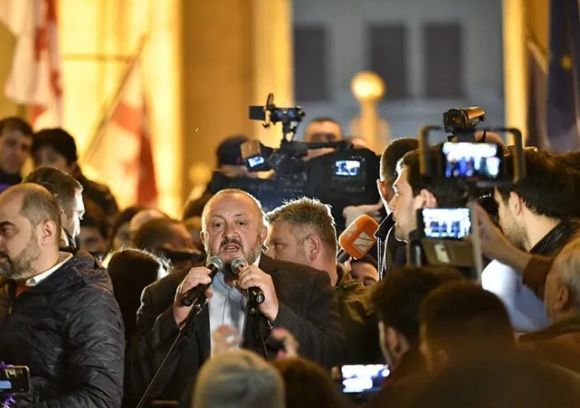 Yesterday, former Secretary of the Security Council Davit Rakviashvili has also arrived on Rustaveli Avenue along with him. The rally has been underway since 4 pm.

The demonstrators are expressing protest against Parliament's rejection of the bill on constitutional amendments relating to the electoral system.

Organizers of the rally are calling on citizens to join the demonstration.