Azerbaijan has right to use its armed forces to take back its legally acknowledged territory - British journalist
Read: 4250 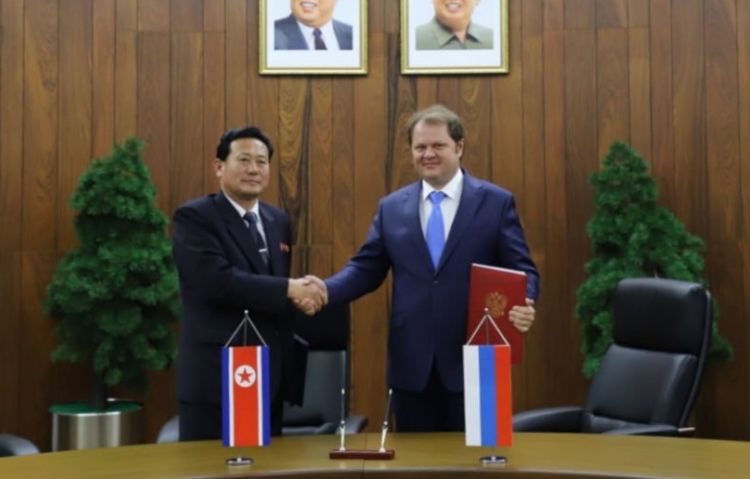 It added that the protocol “sets out the main activities” in those areas of transport, while additional reporting from Russia’s state news agency said the two discussed starting container shipments from South Korea to Russia through North Korean territory.

Traveling to Pyongyang was Russia’s Deputy Minister of Transport Vladimir Tokarev, to attend the “9th meeting of the Subcommittee on transport” under the Intergovernmental Committee (IGC) for Cooperation in Trade, Economics, Science and Technology held on November 12-13.

The protocol was signed between Tokarev and DPRK Ministry of Railways deputy minister Ham Pyong Guk.

According to the embassy, meetings in Pyongyang this week were also attended by representatives of the Ministry for the Development of the Russian Far East, as well as from various Russian companies.

These include the state-owned Russian Railways and the Vladivostok-based companies Primorsky Gas and ATP Primorye.

ATP Primorye operates bus and train routes in the region and over the border into China, and may be seeking rights over similar routes into the DPRK.