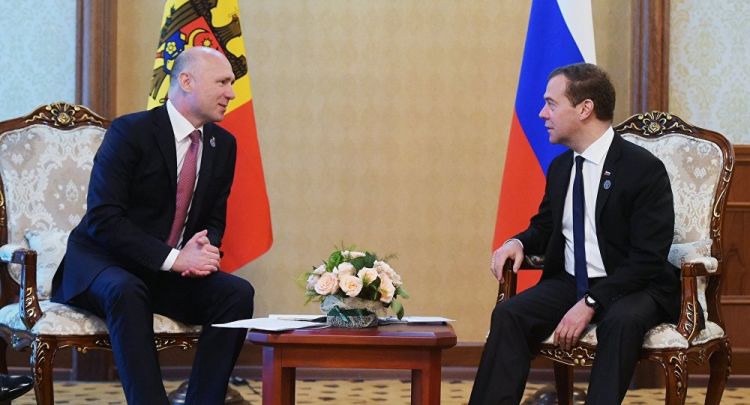 Russian Prime Minister Dmitry Medvedev plans to meet with his Moldovan counterpart Ion Chicu soon, Medvedev’s Spokesman Oleg Osipov told reporters, Eurasia Diary reported citing Tass.
"The prime minister plans to meet with the Moldovan prime minister very soon in order to discuss trade and economic cooperation," Osipov said, adding that "a date for their meeting is under consideration."
Chicu informed earlier on Monday that he planned to make an official visit to Moscow later in the week. According to him, the two countries agreed the visit a while ago but Moldova’s former Prime Minister Maia Sandu delayed it for unclear reasons. "Cooperation with Russia is very important to Moldova. We have many problems to address," Chicu added, pointing to trade, gas supplies and transportation issues.
Chicu heads a minority government supported by the Party of Socialists and the Democratic Party, which was formed following the resignation of Maia Sandu’s cabinet and the breakup of a coalition between the Party of Socialists and the pro-EU ACUM bloc.