Azerbaijan has right to use its armed forces to take back its legally acknowledged territory - British journalist
Read: 4297 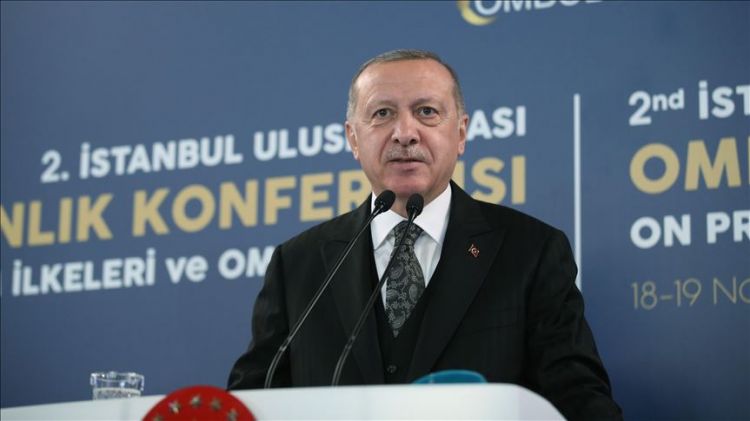 “Turkey is a country that gives the biggest support to the least developed countries and refugees in the world,” Erdogan said in his speech at the International Ombudsman Conference in Istanbul.

Turkey currently hosts some 3.6 million Syrian refugees, more than any other country in the world, and has so far spent $40 billion for them, according to official figures.

Erdogan said Turkey makes a conscious effort to make the lives of civilians in Syria better, unlike other countries who pursue their personal interests in the region.

Ankara wants YPG/PKK terrorists to withdraw from the region so a safe zone can be created to pave the way for the safe return of some two million refugees.

"Although Turkey has faced many threats of terrorist organizations and economic pitfalls, it has managed to survive and strengthen itself constantly," he added.