Who issued the order is a repeated question, Previously it was my responsibility as Interior Minister, this time it is again mine – as PM - Giorgi Gakharia | Eurasia Diary - ednews.net

Who issued the order is a repeated question, Previously it was my responsibility as Interior Minister, this time it is again mine – as PM - Giorgi Gakharia 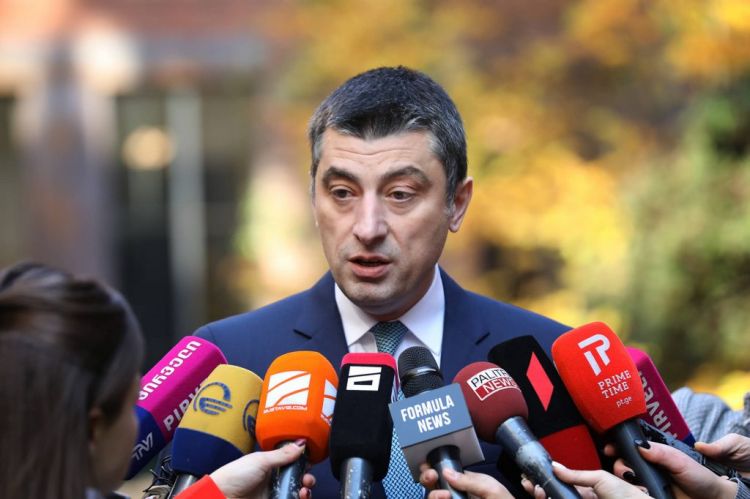 “Who issued the order is a repeated question. Previously it was my responsibility as a Minister of Internal Affairs, this time it is again mine – as a Prime Minister of Georgia. Difference does not exist in these two references” stated Giorgi Gakharia, Prime Minister of Georgia when responding to a question posed by a journalist today, Eurasia Diary reports citing Georgia First Channel.

According to the Head of Government of Georgia, freedom of expression in the country is fully guaranteed within the law, however if and when the public institutions get illegally blocked, police will act fully within the law and do the same all over again.

“Freedom of expression in this country is fully protected within the law. You all remember that this very freedom of expression continued without any problem whatsoever during several days. However, when some irresponsible politicians called upon citizens to first block the streets and put up barricades, while later to block the Parliament building, operation of the legislature got questioned during the night. It meant that a key public institution – Parliament – would fail to operate for half a day. They actually attacked the Members of Parliament – individuals elected by people. In such conditions police and Government took a decision, which they were entitled to. It was absolutely within the law to suspend the illegal action of blocking a public institution. Once again, let me clearly state that state and police will act absolutely within the law and do the same in future when irresponsible politicians act in the same manner” added the Prime Minister of Georgia.

When asked by a journalist about the possibility of holding a meeting of the legislature at a different venue, Head of Government of Georgia noted that political process should flow within the Parliament, media, ballot box or should flow within the boundaries of the law by taking the right of expression into consideration.

“Apart from this, blocked streets cause a serious problem to many of our citizens. Same applies to open camp fire and barricades erected in the streets of the capital city. It is absolutely unacceptable. Political process should flow within the Parliament, media, ballot box or within the boundaries of the law by taking the right of expression into consideration. Right of expression is granted to anyone in this country and nobody will go elsewhere to hold a meeting when the Parliament building exists. No problem is associated to actions taken within the law, however when barricades are erected and public institutions are blocked, police will take action” concluded the Prime Minister of Georgia.