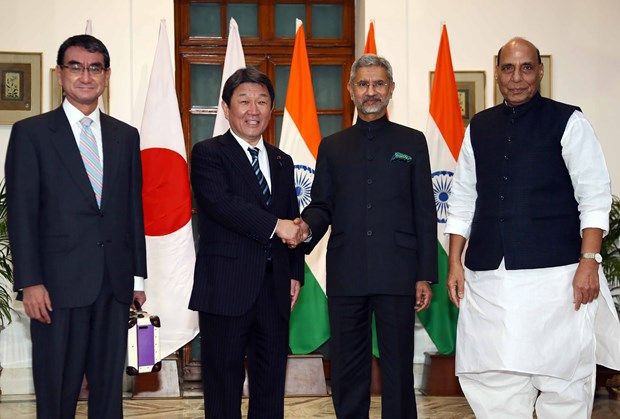 India and Japan have pledged to cooperate with the Association of Southeast Asian Nations (ASEAN) to reach common goals for regional peace and prosperity, Eurasia Diary reports citing Vietnam Plus News.

They made the commitment during the first India-Japan Foreign and Defence Ministerial Dialogue (2+2) held in New Delhi, the capital city of India, on November 30.

The dialogue was held in pursuance of the decision taken by Indian Prime Minister Narendra Modi and his Japanese counterpart Shinzo Abe at the 13th India-Japan Annual Summit in October 2018.

During the meeting, India and Japan reaffirmed the importance of the central role and solidarity of ASEAN in promoting peace and prosperity in the Indo-Pacific region, according to a statement released after the dialogue.

Relating to the East Sea issue, the two nations reiterated the importance of maritime and aviation freedom, unobstructed legal trade, and peaceful settlement of disputes on the basis of full respect for legal and diplomatic processes in line with international law, including the 1982 UN Convention on the Law of the Sea (UNCLOS).

Japan and India also called for strengthening international cooperation and stepping up the sharing of intelligence information on terrorism prevention and combat. Stressing the importance of maritime safety in building a free, open, inclusive and rules-based Indo-Pacific region, they affirmed to boot collaboration in building capacity on maritime security and awareness, even through cooperation with other nations.

The two sides decided to hold the next India-Japan Foreign and Defence Ministerial Dialogue (2+2) in Tokyo./.