'We have no secret' - Putin reveals he informed Medvedev about government resignation
Read: 499 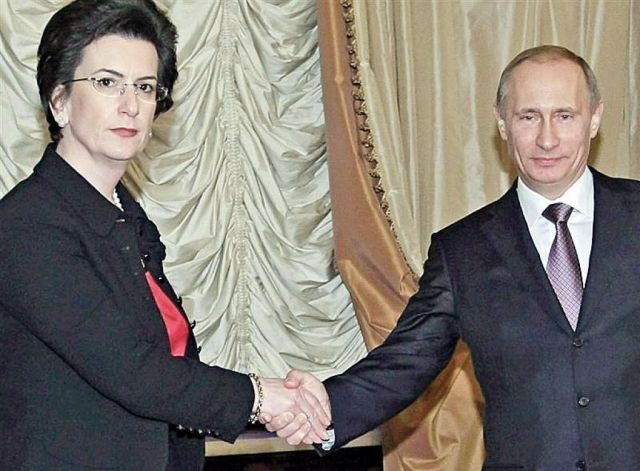 The former speaker of the Georgian parliament, leader of the Democratic Movement opposition party Nino Burjanadze left for Moscow with her son Anzor Bitsadze. The oppositionist politician will hold meetings in the Presidential Administration of Russia. However, it is unknown whether Burjanadze will meet Putin directly or not, Eurasia Diary reports citing Georgia Today.

The press service has reported that the former Speaker of the Georgian Parliament is on a visit in Russia to discuss Russian-Georgian relations and the case of Vazha Gaprindashvili – the famous Georgian doctor who was kidnapped by the occupational forces almost a month ago. The press office claims that the meeting was planned a month-and-a-half ago and the united opposition has been informed about it.

"The meetings will be in the context of changing the confrontational regime into a dialogue regime between Russia and Georgia and to normalize the situation between those countries," member of the Democratic Movement Giorgi Akhvlediani said, Vestnik Kavkaza reports.

The leader of the Democratic Movement - United Georgia political party has gone to many official meetings in Russia, quite a few of them were held with Putin on the other side of the table.