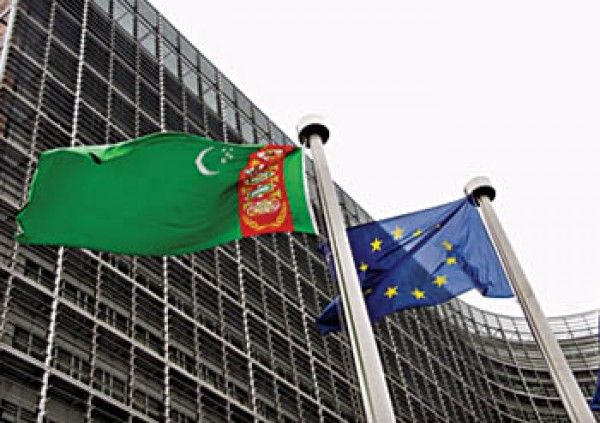 The parties considered the current state and prospects for the development of multilateral partnership in the framework of priority projects and strategies.

The improvement of the national legislative system, the interpretation of modern global positive changes in parliamentary activity and the achievement of its coordinated implementation at the national level were discussed alongside issues related to economic and social reforms and comprehensive development of interaction in the field of civil society and human rights.

Special focus was made on the goals and objectives of the updated EU Strategy for Central Asia. Security at the regional level, situation in Afghanistan, the fight against terrorism and extremism in all its manifestations, and the fight against drug trafficking were separate topics of the discussion.

The parties also considered environmental policy issues, including regional infrastructure projects in the field of energy and transport.

EU technical assistance projects being implemented in Turkmenistan, and, in particular, the effectiveness of Erasmus Mundus student exchange program (a program funded by the European Commission with the aim to encourage mobility in long-term and short-term of students and staff) was mentioned.

The EU and Turkmenistan are committed to implementing a project designed to bring Turkmen hydrocarbon energy carriers to European markets. The negotiations have been underway since 2011.

The project of laying a 300-kilometer gas pipeline along the bottom of the Caspian Sea to the shores of Azerbaijan is optimal for the delivery of Turkmen gas to the European market. Further, the Turkmen gas can be delivered to Turkey, which borders with European countries.