US restarts peace talks with Afghan Taliban in Qatar 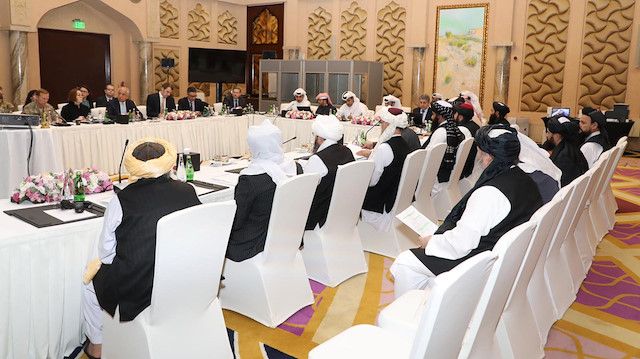 The Taliban on Saturday resumed formal peace talks with the U.S. in the Qatari capital, Doha, the group confirmed in a statement, Eurasia Diary reports citing Yeni Safak.

“Talks with the U.S. negotiating team began from where they left off,” he said.
Shaheen added that a draft agreement was discussed and talks would continue on Sunday. Anas Haqqani, a recently freed Haqqani Network leader affiliate of the Taliban, also took part in the talks, he added.

The thorny issue of a cease-fire is set to dominate renewed talks between the U.S. and Taliban for a proposed peace deal in Afghanistan, analysts and officials told Anadolu Agency.
According to the U.S. State Department, U.S. envoy Zalmay Khalilzad will rejoin talks with the Taliban to discuss steps that could lead to intra-Afghan negotiations and a peaceful settlement of the 18-year-long war, specifically “a reduction in violence that leads to a cease-fire.”