The Su-57 fighter jet is not even ready to fly - Russian specialists say
Read: 842 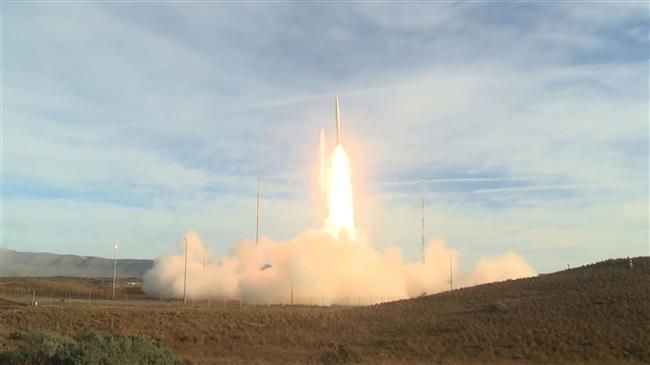 The Pentagon said on Thursday that it test launched a ground-launched, nuclear-capable missile from the Vandenberg Air Force Base near Los Angeles, California, and the missile flew for more than 500 kilometers.

The test, the second in four months, had been banned under the Cold War-era agreement, known as Intermediate-Range Nuclear Forces (INF) Treaty, which Washington withdrew from in August.

The treaty that was signed between the US and the Soviet Union in 1987 banned land-based missiles with a range of between 500 and 5,500 kilometers.

A spokesman for President Vladimir Putin said in a statement on Friday that the recent test launch by the Pentagon clearly confirms that Washington has been making preparations for violating the INF Treaty.

“This clearly confirms that the treaty was ruined at the initiative of the United States," Dmitry Peskov told reporters in Moscow.

Ahead of the withdrawal, the administration of President Donald Trump repeatedly accused Moscow of violating it, an accusation which the Kremlin has denied.

Russia, has instead warned that the INF withdrawal would spark another arms race across the world.

China also reacted to the Pentagon’s launch of "a prototype conventionally-configured ground-launched ballistic missile," with the Foreign Ministry spokeswoman calling on the world to be “clear-eyed on the malicious intention and negative impact of the US withdrawal and tests.”

"The real aim is to free itself to develop advanced missiles and seek unilateral military advantage," said Hua Chunying.

"The US has been highlighting the so-called Russian violations and Chinese missile threat. These tricks are nothing but clumsy distractions," she added.

In a visit to Washington this week, Russian Foreign Minister, Sergei Lavrov, met Trump and his Secretary of State, Mike Pompeo, with whom he discussed another arms control treaty — New START—  which is to expire in  2021.

Lavrov discussed Moscow’s offer to extend the treaty. Trump and Pompeo, however, were calling for a strategic dialogue that included China as well.

The Russian diplomat, however, said that Beijing “spoke clearly that they will not take part in any negotiations because their nuclear arsenal is not, either in number or structure, on a par with that of Russia or the US.”

The New START, which can be extended for up to five years, requires both Washington and Moscow to cut their deployed strategic nuclear warheads to no more than 1,550.

China, which possesses some of the world’s most advanced weaponry, including an intercontinental ballistic missile (ICBM), has far fewer nuclear weapons than the USA and Russia.