Azerbaijan and Bulgaria discussed the prospects for the development of military cooperation | Eurasia Diary - ednews.net 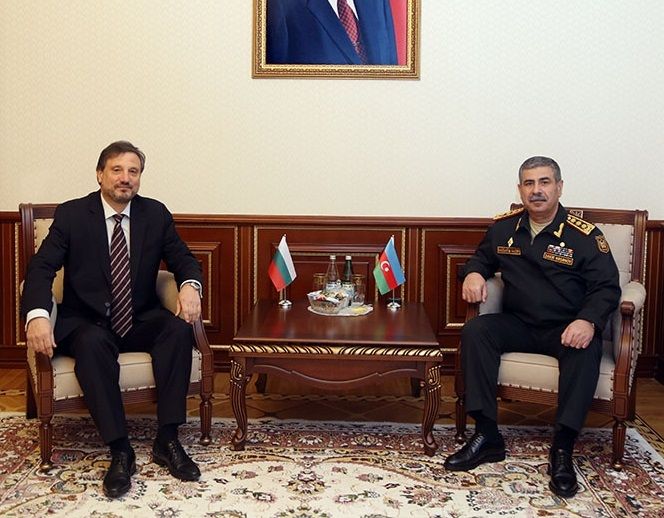 On January 10, the Minister of Defense of the Republic of Azerbaijan, Colonel General Zakir Hasanov has met with the Ambassador Extraordinary and Plenipotentiary of the Republic of Bulgaria in our country Nikolay Yankov, Eurasia Diary reports citing Azerbaijani Defense Ministry.

During the meeting, the parties touched upon the current state of bilateral military cooperation between Azerbaijan and Bulgaria, emphasized the importance of expanding this cooperation.

The diplomat, in turn, noted that his country is interested in cooperation with Azerbaijan in all areas and emphasized that Bulgaria considers Azerbaijan a friendly country.

During the meeting, prospects for the development of military cooperation between Azerbaijan and Bulgaria, expansion of relations in the military-technical, military-educational spheres, organization of mutual visits, as well as other regional issues of mutual interest were discussed