What are speculations around Putin's shocking move? | Eurasia Diary - ednews.net

“Armenia once again demonstrates that it cannot live in peace with its neighbors” - Azerbaijani Presidential aide
Read: 660

'I want to thank all the young people in this country!' - UNICEF Representative to Azerbaijan on International Youth Day - VIDEO
Read: 638

What are speculations around Putin's shocking move? 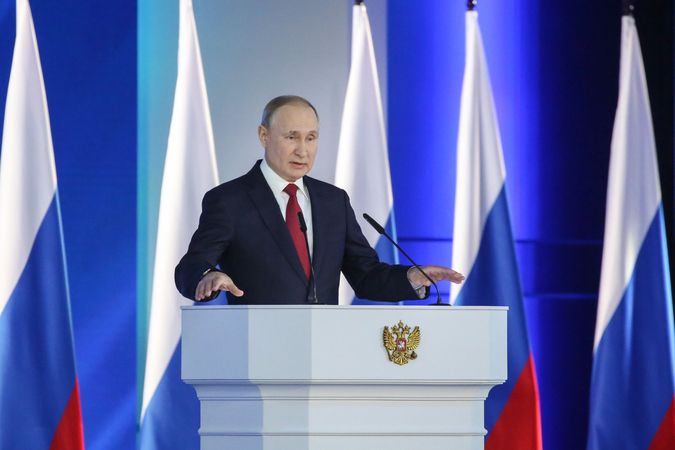 Russian President Vladimir Putin shocked the world agenda yesterday by announcing a new appointment for Prime Minister post. He brought little-known Mikhail Mishustin head of Russia's Federal Tax Service to be Prime Minister. In the result of his decision the entire Russian government has resigned.

Several speculations swirled about his unexpected decision. Many think it is designed for keeping himself in a power after 2024 when his presidential term will finish.

“Russia’s political transition has arrived ahead of schedule,” said Tatiana Stanovaya, the founder of the political consultancy R.Politik and a scholar at the Carnegie Moscow Center. She also considers that the transition will be more comfortable for him and getting rid of Medvedev who was toxic for both elites and the people, is necessary, Foreign Policy reports.

In his 80-minute speech, Putin vowed to nation for boosting economic growth and raising living standards.

Kremlin concerned about the potential backlash if Putin tries to stay as a main figure in politics of Russia. Putin's return to presidency in 2011-2012, it sparked massive protests in Moscow in 2011 and 2012, and it caused a rift among elites. Now, Kremlin is trading carefully.

“The timing was the surprise factor here, not the substance,” said Ekaterina Schulmann, a Moscow-based political analyst. “Uncertainty can be an advantage for some leaders dealing with succession, but also a risk. This might mean that intra-elite infighting was heating up so much that they needed to eliminate the uncertainty.”

There are several ways for keeping Putin in the power considered by analysts. Firstly, he can increase the power of State Council and can be the head of Council which allow him staying as an informal leader.

“[Putin] remembers his bad experiences with Medvedev and he knows he will likely have some conflicts with whoever comes next as president. So, he wants to have mechanisms to manage those disagreements as he sets up his slow transition,” Stanovaya  said.

Putin shift to be Prime Minister and Medvedev as a President in 2011. He clashed with and remained critical of some of Medvedev’s moves—particularly Medvedev’s decision to abstain during a vote at the United Nations Security Council in 2011 to allow a NATO-led air campaign in Libya that helped oust the dictator Muammar al-Qaddafi and plunge the country into civil war.

Leading Kremlin critic Alexei Navalny said he believed Putin’s goal remained to be “sole leader for life” and he expected any vote on constitutional changes to be “fraudulent crap,” Times of Israel reports.

It is unclear the exact motives of the Wednesday decision. But, it is clear that Putin seeks to hold transition for stopping domestic pressure as we have seen massive protests in summer 2019.