Unknown fighter jets tried to attack the Russian air base in Syria
Read: 2060 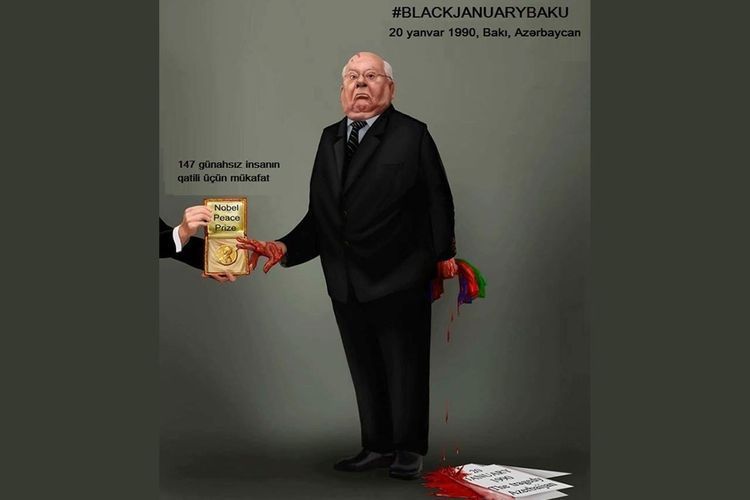 The Assistant to Azerbaijan President – Head of Foreign Policy Affairs Department of Presidential Administration Hikmet Hajiyev has made an appeal to public organizations in Azerbaijan with regard to revoking of Nobel Peace Prize from the former President of USSR Mikhail Gorbachov, Eurasia Diary reports citing APA.

H. Hajiyev said the awarding of Mikhail Gorbachov with Nobel Peace Prize a few months after January 20 tragedy committed by the order of Gorbachov leading the USSR in those times was a quite controversial decision.

H. Hajiyev said the list of obligations of the committee for awarding the Nobel Peace Prize also included such issues as review of decisions of this kind: “But it should also be taken into consideration that the committee awarding Nobel prize in the area of peace is working on a voluntary basis and does not accept the appeals submitted by governments. Therefore there is a need to implement proactive work in the public sphere. We think that it is very important to take steps in this area at the level of international wider community and the country’s public organizations and to send appeals to the committee awarding the Nobel Prize in the area of peace”.

Recalling that, Hikmet Hajiyev stated that it was still not late to take away the Nobel Peace Prize from Gorbachov on January 17 at the event held in ADA University held in remembrance of the 30th anniversary of 20 January Tragedy.

Note that Nobel award on peace field is presented by a committee consisting of 5 members elected by the Norwegian parliament (Storting).