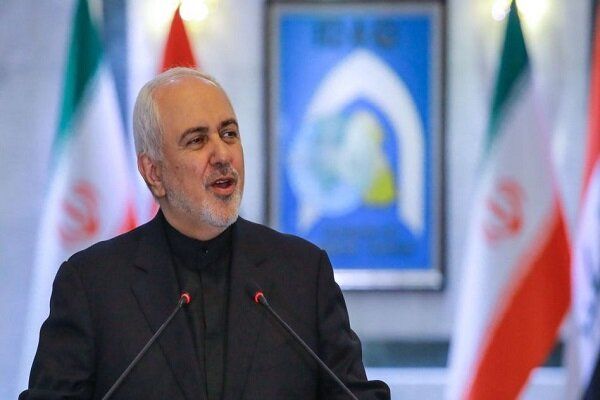 “If they (Europeans) take any action, the issue of quitting the NPT will be raised based on the letter of the President dating May 2018,” Zarif told ICANA.

France, Germany and the United Kingdom, the three European states signatory to the JCPOA, issued a joint statement on January 14, announcing they have formally triggered the dispute mechanism which could bring the issue before the UN Security Council.

“Steps in reducing the [JCPOA] commitments have already been taken. However, Iran will quit the NPT if the Europeans continue their behavior or send Iran’s case to the Security Council,” Zarif stated.

Zarif went on to say that the Foreign Ministry is legally pursuing the triggering of dispute mechanism by Europeans.

“The Islamic Republic of Iran officially started the dispute mechanism in May 2018 after the United States’ withdrawal from the JCPOA. Three letters were sent to Mrs. Mogherini [then European Union foreign policy chief] on May 10, 2018, August 26, 2018 and November 2018 in which it was announced officially that Iran has started the dispute mechanism.”

He added, “In the letter which was sent in November 2018, we said that Iran has started the dispute mechanism and therefore, we have no choice but to reduce commitments to the JCPOA.”

“After the aforementioned letter, the Islamic Republic of Iran gave the European Union seven months and then started to reduce the JCPOA commitments in May 2019,” the foreign minister explained.

Zarif noted that Iran will reverse its decision once the Europeans return to their commitments.

U.S. President Donald Trump quit the nuclear deal, officially known as the Joint Comprehensive Plan of Action, in May 2018 and introduced the harshest ever sanctions in history on Iran as part of his administration’s “maximum pressure” strategy against Iran.

The European countries failed to protect Iran’s benefits from the deal and after patiently watching for more than a year and seeing no clear action from the European signatories of the nuclear deal, Iran started to partially reduce its commitments.

Under the dispute resolution mechanism, countries have 30 days to resolve the problem, though that can be extended. If it cannot be solved, the matter could be brought before the UN Security Council and could then result in the snapback of sanctions that had been lifted under the deal, according to The Guardian.

Chairman of the Majlis Nuclear Committee Mojtaba Zonnour said on Monday that Iran will mull leaving the NPT if the Europeans fail to salvage the pact before the 60-day deadline set by Iran.