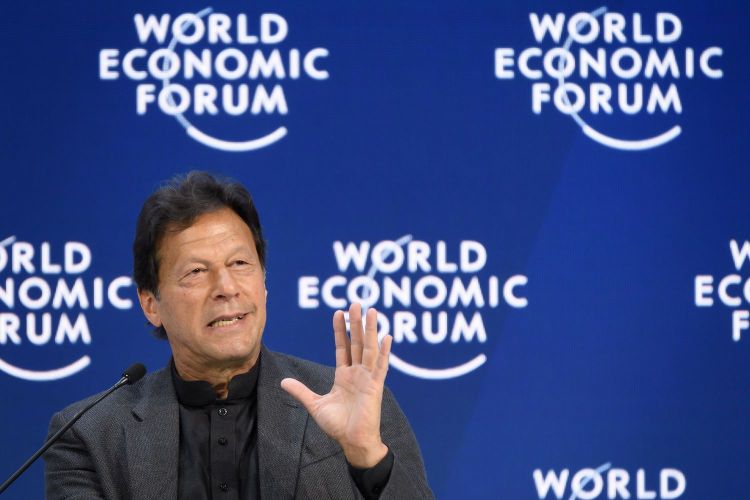 Khan asked both the United States and United Nations to help de-escalate tensions with India. “You cannot have two nuclear-armed countries even contemplating a conflict,” Khan said on the sidelines of the World Economic Forum in Davos.

Ties between India and Pakistan deteriorated in February 2018 after New Delhi carried out an air strike in Balakot following the Pulwama attack that killed 40 jawans. But “things went from bad to worse” when India scrapped the special status to Jammu and Kashmir in August, said Khan, according to Dawn. “I just think that the path which India is going [on] is a disaster for India.”

Khan also demanded that the UN Military Observer Group in India and Pakistan should be allowed along the Line of Control. He claimed that India might attempt to increase tensions along the border in order to divert attention from domestic protests against the new citizenship law and the abrogation of Jammu and Kashmir’s special status. His comments came a day after US President Donald Trump repeated his offer to help mediate in the Kashmir dispute.

He called India the second biggest neighbour of Pakistan, putting China in the first position. “Unfortunately, relations with India have not been great and I will not like to go into those details,” he said. Khan said he “came across a brick wall” when he reached out to Narendra Modi after assuming office in 2018.

Responding to a question, Khan said the close relationship between India and the US was “understandable” because of the former being a huge market for the latter. He added that the world will realise the “true strategic economic potential” of Pakistan when the relationship with India becomes normal.

He said it was not possible to achieve economic growth without peace and stability. The prime minister said Pakistan would partner with US to ensure peace in the region. “Image of Pakistan had taken a hit,” said Khan. “So we decided we will join any other country only for peace. We have tried to ease tensions between US and Iran. Pakistan has partnered with US to drive Taliban out of Afghanistan.”

He spoke about his vision for his country. “I’m as old as Pakistan,” said Khan. “Pakistan is only 5 years older than me. I’ve grown up with this country. Our founders wanted Pakistan to be an Islamist welfare state. As a teenager, I had no idea what a welfare state means. I knew this only after I visited England and then I decided that it if I ever get a chance, I’ll work to make Pakistan a welfare state. That’s my vision,” he said.

The cricketer-turned-politician also linked growth with climate change and its adverse impact. He said he ran a successful campaign to plant a billion trees in the northwestern Khyber Pakhtunkhwa region. “And then when I became prime minister, the plan was expanded to 10 billion trees,” he added. “Pakistan is vulnerable to global warming and our cities have become very polluted. Lahore, just like Delhi in India, has seen pollution rising to very high level.” Khan claimed that Pakistan was the eighth-most affected country when it comes to climate change. He said his government has ambitious plans to make the country more climate-resilient.