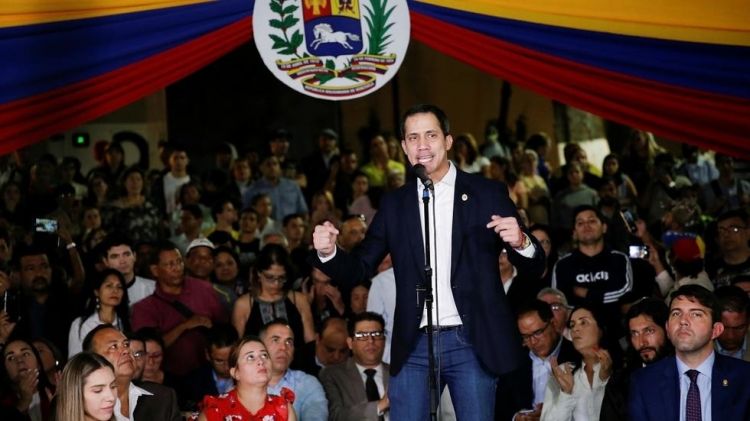 Opposition leader Juan Guaido returned to Venezuela on Tuesday after an international support-building tour and called on the people in the crisis-wracked nation to keep pushing back against President Nicolas Maduro, Eurasia Diary reports citing AFP.

Guaido -- who had defied a travel ban to visit Colombia, the United States, Canada and several European nations -- was greeted by a throng of cheering supporters at the international airport outside the capital Caracas.

"We're in Caracas now. I bring back with me the commitment of the free world, ready to help us regain democracy and freedom," Guaido wrote on Twitter, before tweeting a picture of himself at passport control that was captioned "HOME."

Shortly before his arrival, fighting broke out between his followers -- including several lawmakers -- and Maduro's supporters.

"Guaido, fascist!" shouted employees of the state-run airline Conviasa, which was subjected to US sanctions last week, who had entered the area where the 36-year-old's backers were waiting for him. Several diplomats were present.