Turkish intervention in Syria’s Idlib a matter of time - Erdogan 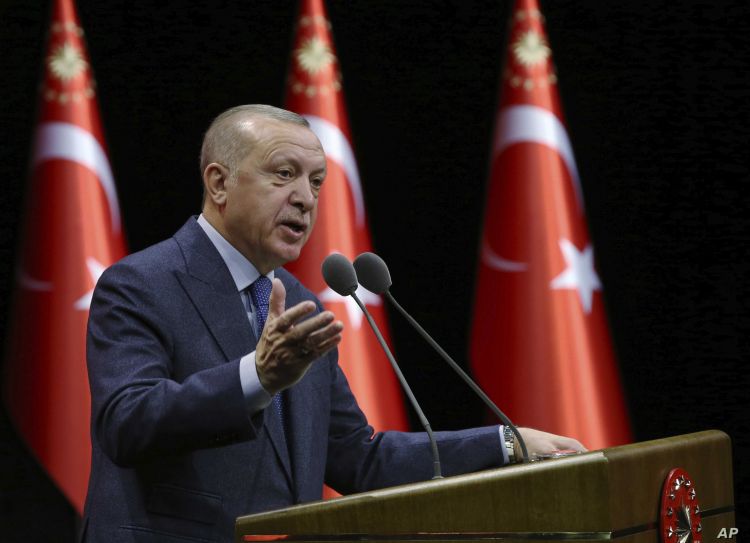 Turkey could launch a military operation in the northwestern Syrian province of Idlib at any moment to ensure the security of both Turkey and the region, Turkish President Recep Tayyip Erdoğan said on Wednesday, Eurasia Diary reports citing Ahval News.

“We will end the aggression of the regime in Idlib,” Erdoğan told his parliamentary party, referring to the Syrian President Bashar Assad’s government in Damascus.

“These are the last days for the regime to withdraw, we are giving our last warnings,” he said.

Erdoğan said earlier this month that Turkey wanted Syrian troops in Idlib to withdraw by the end of February from areas where Turkey has observation posts built under a 2018 deal made with Russia to prevent an attack by Damascus on the province, which is home to 3 million people.

“The Idlib operation is now a matter of time. We are determined to turn Idlib into a safe zone for both Turkey and the people in the region, no matter what the cost is,” Hürriyet newspaper quoted the president as saying.

The Turkish and Russian delegations failed to reach an agreement in Moscow on talks to ease tensions in Idlib, Reuters quoted Russian Foreign Minister Sergei Lavrov as saying on Wednesday. Officials from the two countries gathered for a second time following a meeting in Ankara last week.

Kremlin spokesman Dmitry Peskov said on Wednesday that a Turkish military operation against Syrian government forces in the Idlib region would be a worst-case scenario.

Thirteen Turkish soldiers were killed this month by Syrian shelling and almost one million people have flocked to areas near the Turkish border, fleeing the Syrian government advance on the country’s last major rebel-held enclave.

Ankara and Moscow agreed to establish a demilitarised zone in Idlib in 2018, and Turkey assumed the responsibility of removing jihadist fighters from the region. But the Russia-backed Syrian government launched an attack on Idlib in April, saying that extremist groups had expanded the areas under their control and Turkey had failed to fulfil its promises.