US and EU have no desire to lend a helping hand to Italy, however China and Russia give life support to Italians - -American Expert
Read: 7242 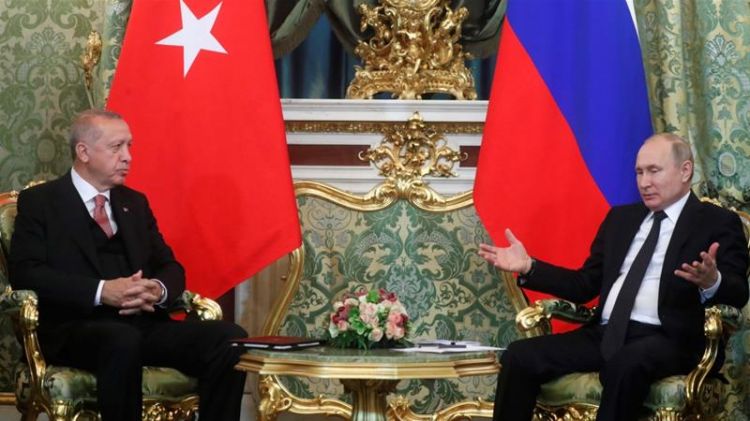 Turkey is about to lose its patience with Russia’s moves in Syria and the Ankara government has no other option but to revert to coercive diplomacy, said Duran, the head of government-linked think tank SETA.

Duran said Turkey had no space to step back as 1 million Syrians had already fled to the Turkish border, Syrians living in an already existing safe zone Turkey established in northern Syria could also try to escape to Turkey, and the 3.6 million Syrians now living in Turkey would never be able to return home. Such a scenario would leave Turkey with the problem of coping with up to 7 million Syrian refugees, he said.

Turkey has threatened to launch a full-scale operation in Idlib, asking Russia to abide by the terms of a 2018 deal and ensure the withdrawal of Syrian forces from a demilitarised zone Turkey and Russia established to avoid what Turkey says is a possible humanitarian disaster in the rebel-held enclave, which is home to 3 million people.

“Russia should stop using the Idlib card against Turkey by realising those severe risks,” Duran said. “Moscow seems embracing an approach that can break the strategic ties with Turkey that have strengthened in the last couple of years.”

But Russian officials do not seem to understand Turkey’s determination, Duran said, adding that the next eight days would be crucial.

Turkey’s ultimatums and its efforts to reinforce its military presence in Idlib to help Syrian rebel attacks on the Syrian army have so far not led to a direct confrontation between Turkish and Russian troops, Duran said. But Russian President Vladimir Putin should act immediately to prevent such a possibility, he said.