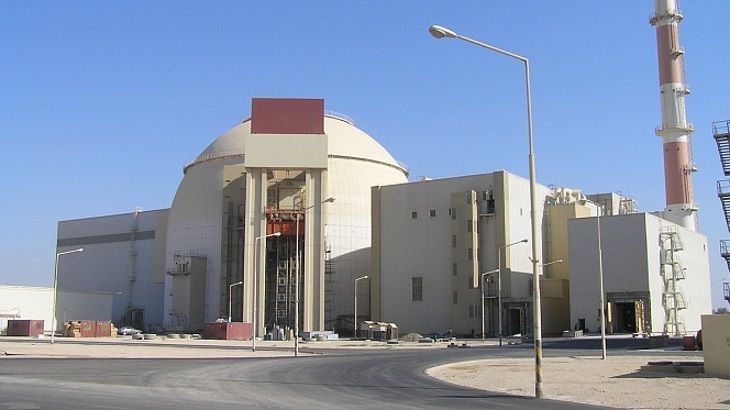 The United States announced on Wednesday it will terminate sanctions waivers that had allowed Russian, Chinese and European companies to carry out work at Iranian nuclear sites as part of the JCPOA nuclear deal.

"We deeply regret the U.S. decision to end the three waivers," reads a joint statement by the three European countries.

Russian, Chinese and European companies had been granted the right, in line with the waivers, to carry out work in connection with Iran’s nonproliferation activities at the Bushehr, Fordow, Arak and Tehran Research Reactor nuclear facilities.

These projects, endorsed by U.N. Security Council Resolution 2231, serve the non-proliferation interests of all and provide the international community with assurances of the exclusively peaceful and safe nature of Iranian nuclear activities," says the statement.

The United States announced on 27 May it would rescind sanctions waivers that had allowed Russian, Chinese and European companies to carry out work related to the Iran Nuclear Deal, known as the Joint Comprehensive Plan of Action (JCPOA) designed to make it harder for Iranian nuclear sites to be used for weapons development.

"The Iranian regime has continued its nuclear brinkmanship by expanding proliferation sensitive activities. These escalatory actions are unacceptable and I cannot justify renewing the waiver for these JCPOA-related activities as a result," claimed Pompeo in a news release on Wednesday.

The waivers are set to expire on 27 July, with Pompeo adding that Washington would extend for 90 days a waiver allowing foreign work at the Russian-built nuclear power plant at Bushehr to ensure the safety of the facility.

The US Secretary of State also announced US sanctions on Atomic Energy Organization of Iran officials Majid Agha’i and Amjad Sazgar, whom he slammed for allegedly contributing to the spread of weapons of mass destruction.

Also on Wednesday, US Special Representative for Iran Brian Hook said that US President Donald Trump’s “maximum pressure” policy on Tehran was offering it the options of either negotiating with Washington or dealing with what he assessed as “economic collapse” as a result of US sanctions.

During a conference call at a State Department special briefing on 27 May, Hook said:

“Because of our pressure, Iran’s leaders are facing a decision: Either negotiate with us or manage economic collapse.”

On 28 May Tehran dismissed the impact of Pompeo’s move, calling it a “desperate” move.

The Atomic Energy Organisation of Iran said the US had taken the action in a bid “to distract public opinion from its continued defeats at the hands of Iran.

“Ending waivers for nuclear cooperation with Iran… has effectively no impact on Iran’s continued work” on what Tehran insists is a purely civilian nuclear energy program, said Spokesman for the Atomic Energy Organization of Iran (AEOI) Behrouz Kamalvandi in a statement published on the agency’s website.

Iran’s ambassador to the United Nations Majid Takht-Ravanchi said that with the move, Pompeo was pulling the “final plug” on the nuclear deal, the remaining parties to which are Britain, China, France, Germany and Russia.

The recent move by the Trump administration is perceived as part of Washington’s “maximum pressure” policy applied since it abandoned the 2015 Iran nuclear deal (JCPOA) in May 2018, which provided for an easing of economic sanctions on Tehran in return for curbs on its nuclear program.

In the wake of that move, Washington has launched a so-called maximum pressure campaign against Tehran, slapping sanctions on the country.

The Islamic Republic responded by gradually suspending its own commitments to the nuclear accord, while repeatedly announcing its readiness to resume fulfilling its commitments if sanctions were removed.