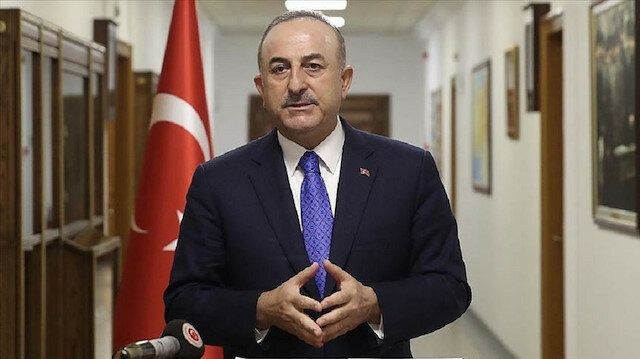 Turkish Foreign Minister Mevlut Cavusoglu said Israel should not "proceed with its illegal annexation plans," in a written statement addressed to a virtual meeting of the UN Security Council.

He said the international community has to maintain support for a two-state solution and "Turkey is ready to contribute to all international efforts towards this end.”

UN Secretary-General Antonio Guterres said the annexation, if implemented, would violate international law, "grievously harm the prospect of a two-state solution, and undercut the possibilities of a renewal of negotiations."

Israel’s threat to annex the occupied West Bank has alarmed Palestinians, many Israelis, and the international community, the UN chief said Wednesday.

In recent years, Israel has intensified its expansion of settlements throughout occupied Palestinian territory, which Cavusoglu said undermines the prospective for a two-state solution and lays the foundation for annexation of those areas.

"Therefore, it is imperative for the international community to exert utmost effort to stop Israel from further expanding these illegal settlements," the top Turkish diplomat added.

Israeli Minister Benjamin Netanyahu announced last month that his government would formally annex the Jordan Valley and all settlement blocs in the West Bank.

The West Bank, including East Jerusalem, is viewed as occupied territory under international law, thus making all Jewish settlements there – as well as the planned annexation – illegal.

Palestinian officials have threatened to abolish bilateral agreements with Israel if it goes ahead with annexation plans, which would further undermine the two-state solution.

Like Turkey and much of the international community, the European Union does not recognize Israel’s sovereignty over the territories it has occupied since 1967.