Trump says he is staying in Washington to protect law and order | Eurasia Diary - ednews.net 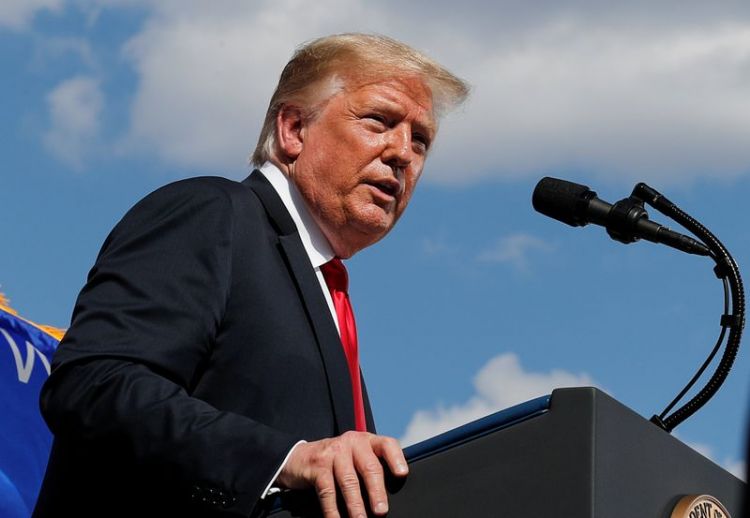 U.S. President Donald Trump on Friday canceled a planned weekend visit to his golf resort in Bedminster, New Jersey, and said he was staying in Washington “to make sure LAW & ORDER is enforced”, EDNews.net reports citing Reuters.

“The arsonists, anarchists, looters, and agitators have been largely stopped,” Trump wrote on Twitter. “I am doing what is necessary to keep our communities safe – and these people will be brought to Justice!”

Trump has pledged to take a hard line on anyone destroying or vandalizing historical U.S. monuments and has threatened to use force on some protesters, as activism against racial injustice sweeps the country.

Trump said on Twitter on Friday that he had signed a “very strong” executive order protecting monuments. A text of the order says the federal government will prosecute “to the fullest extent” anyone who damages or desecrates monuments, memorials or statues.

The 2003 Veterans Memorial Preservation Act provides for prison terms of up to 10 years for destroying or attempting to destroy monuments commemorating those who served in the U.S. armed forces.

Hundreds of unarmed Washington, D.C., National Guard troops are on standby to assist law enforcement personnel with protecting monuments, after protesters tried to tear down a statue of former President Andrew Jackson in a park near the White House on Monday.

Calls for the removal of these monuments come in conjunction with Black Lives Matter protests, which were sparked by the May 25 death of George Floyd, a Black man killed in police custody in Minneapolis.

Trump’s decision to cancel his trip to New Jersey comes amid a spike in coronavirus cases in many states.

White House spokesman Judd Deere said the cancellation was not related to New Jersey’s requirement that visitors from states with high coronavirus infection rates self-quarantine for 14 days upon arrival.

Trump visited one of the states with high rates, Arizona, earlier this week.