‘Turkey can use right of self-defense in Mediterranean’ | Eurasia Diary - ednews.net

Russian T-14 Armata tank could be transformed into nuclear weapon - US
Read: 776

‘Turkey can use right of self-defense in Mediterranean’ 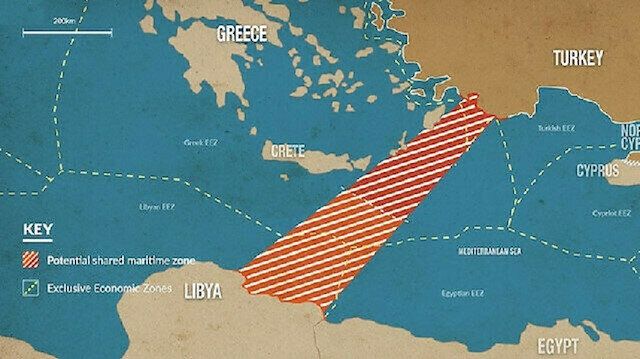 Turkey has the right to intervene if a ship under its protection is attacked in the Mediterranean Sea, said a Turkish expert, EDNews.net reports citing Yeni Safak.

As tensions heighten in the region every day due to the Libyan crisis and the hydrocarbon reserves in the Mediterranean, so have policies and interventions.

Yucel Acer, the head of the International Law Department at Ankara Yildirim Beyazit University, said any interference of other countries on the merchant ships that go to Libya from Turkey cannot be legal or legitimate.

Referring to the United Nations Convention on the Law of the Sea that was adopted in 1982, Acer said high seas are the areas that all countries can use freely whether or not they have a coast.

"These freedoms that countries have; freedom of transport, freedom to fly over the high seas, freedom to lay submarine cables and pipelines, freedom to build artificial islands and other facilities that are allowed by international law, freedom of fisheries, and freedom of scientific research," he said.

He stressed that in this context, Turkey, whether declared an exclusive economic zone (EEZ) or not, definitely has the right to protect its ships in the high seas.

Acer said as a rule, each ship (civilian, military, individual or official) in the high seas is subject to legislative, executive and judicial powers of the country for which it is flagged.