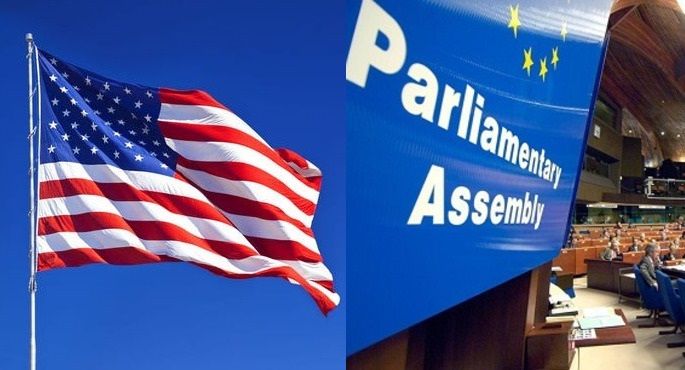 The US Department of State and the co-rapporteurs of the Parliamentary Assembly of the Council of Europe (PACE) for the monitoring of Georgia, have welcomed the ‘historic adoption’ of constitutional amendments by the Georgian parliament earlier today, EDNews.net reports citing Agenda.ge.

The co-rapporteurs of the Parliamentary Assembly of the Council of Europe (PACE) for the monitoring of Georgia, Titus Corlatean and Claude Kern have welcomed the adoption of the election bill.

The Assembly has consistently called for the introduction of a proportional election system in Georgia. That will now be the case as from the 2024 elections. In addition, as a result of the adoption of these Constitutional amendments, the system for the next elections in 2020 will now also be far more proportional than was previously the case, which potentially could allow for a more pluralist and representative parliament. We strongly welcome this,” said the co-rapporteurs.

The co-rapporteurs regretted that the political agreement had not resulted in a less tense and polarised political environment.

We call on all sides to seek cooperation over confrontation and to constructively pursue the implementation of the remainder of the 8 March political agreement. In addition, we call on all stakeholders to refrain from any statements and actions that could increase tensions and polarisation or otherwise negatively affect the environment needed for the conduct of genuinely democratic elections,” PACE monitors said.