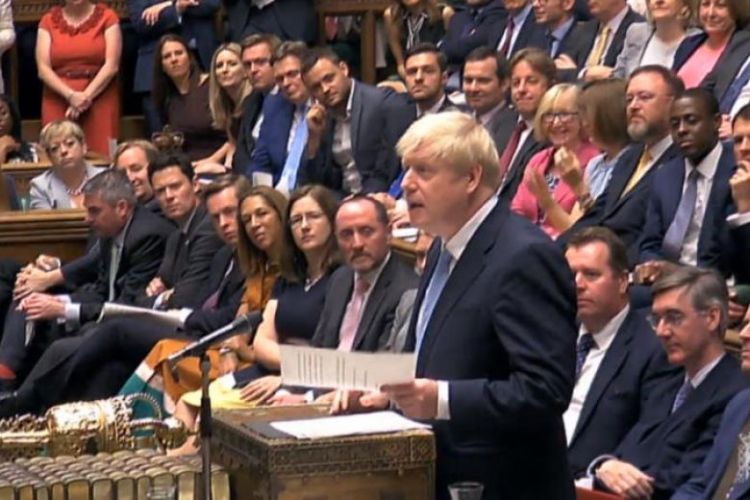 MPs have told Boris Johnson to order an assessment of 'potential' Russian interference in the Brexit referendum, as the long-suppressed Russia report is finally released, EDNews.net reports citing Independent.

The intelligence committee says “the issues at stake in the EU referendum campaign are less clear-cut”.

But it adds: “It is nonetheless the committee’s view that the UK intelligence community should produce an analogous assessment of potential Russian interference in the EU referendum and that an unclassified summary of it be published.”

Kevan Jones, a Labour MP on the committee, said “the outrage” was not that there definitely was meddling in the 2016 vote.

“The outrage is that no-one wanted to know if there was interference. And that comes through very loud and clear in our report,” he told a press conference.

The investigation concluded last autumn – but Mr Johnson refused to agree to its publication before last December’s general election and held up release for the seven months since.

It was launched after the revelation that Russia-based Twitter accounts posted more than 45,000 messages about Brexit in just 48 hours during the 2016 referendum.

Mr Jones said the prime minister’s claims for suppressing the report were “categorically not true”, although he swerved a question about whether he had “lied”.

The report says it was clear that “Russia under Putin has moved from potential partner to established threat – pointing to “the murder of Alexander Litvinenko in 2006 and the annexation of Crimea in 2014”.

The government appeared to have taken “its eye off the ball because of its focus on counter-terrorism”, the report said, adding: “The government had badly underestimated the response required to the Russian threat – and is still playing catch up.

“Russia poses a tough intelligence challenge and our intelligence agencies must have the tools they need to tackle it.

"In particular, new legislation must be introduced to tackle foreign spies: the Official Secrets Act is not fit for purpose and while this goes unrectified the UK intelligence community's hands are tied.”

The report adds: “Russia's cyber capability, when combined with its willingness to deploy it in a malicious capacity, is a matter of grave concern, and poses an immediate and urgent threat to our national security.”

GCHQ had advised that Russian actors had “orchestrated phishing attempts against government departments”, including against the Foreign Office and the Defence Science and Technology Laboratory (DSTL) during the early stages of the investigation into the Salisbury attacks in 2018.”