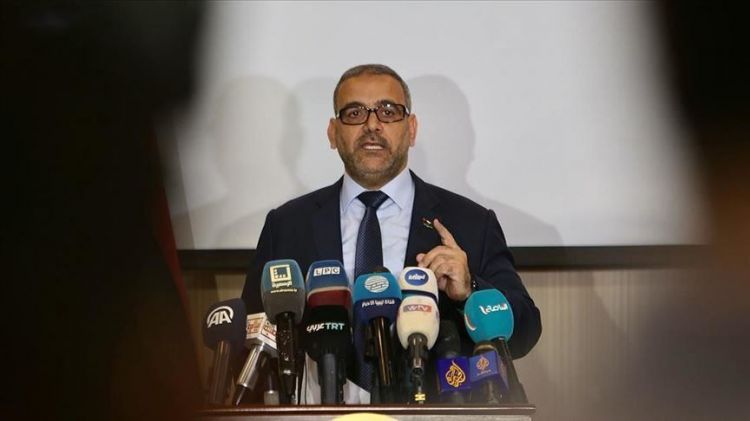 He said Libya’s Government of National Accord (GNA) asked Turkish forces for help after Haftar was supported by several countries and added that Libya had no power to defend its legitimacy against all of those countries.

Since 2013 Libya has been subjected to military intervention by Egypt and other countries, as well as the United Arab Emirates (UAE), which is against its international rights, he said.

Al-Mishri said Libya had no choice but ask help from Turkey after Haftar was supported by many countries and came to the outskirts of the capital Tripoli.

Libya’s High Council of State and the Tobruk-based House of Representatives, allied with Haftar, have the potential to reach a solution, he said.

Bourita also said arrangements need to be made to the 2015 Suheyrat Agreement to allow the UN-recognized Government of National Accord (GNA) to manage the transition process in Libya.

Visiting Morocco at the same time as Al-Mishri, Aguila Saleh Issa, the head of the House of Representatives, met with Bourita and Moroccan Parliament Speaker Habib El Malki.

The UN recognizes the government headed by al-Sarraj as the country's legitimate authority, as Tripoli has battled Haftar's militias since April 2019 in a conflict that has taken more than 1,000 lives.

Turkey continues to support the internationally recognized government, but Haftar has been backed by Russia, France, Egypt and the UAE.