If Armenia resorts to provocations again, worthily answer to be given - Azerbaijani MoD | Eurasia Diary - ednews.net

Bin Salman’s statement on Iran is connected to presidential change in US - Expert
Read: 230

Construction of Nord Stream 2 gas pipeline may resume at end of May
Read: 176

Armenia After the Parliamentary Elections
Read: 172

Demarcation and delimitation of borders between Azerbaijan and Armenia is coming to end soon - Azerbaijani official
Read: 166

If Armenia resorts to provocations again, worthily answer to be given - Azerbaijani MoD 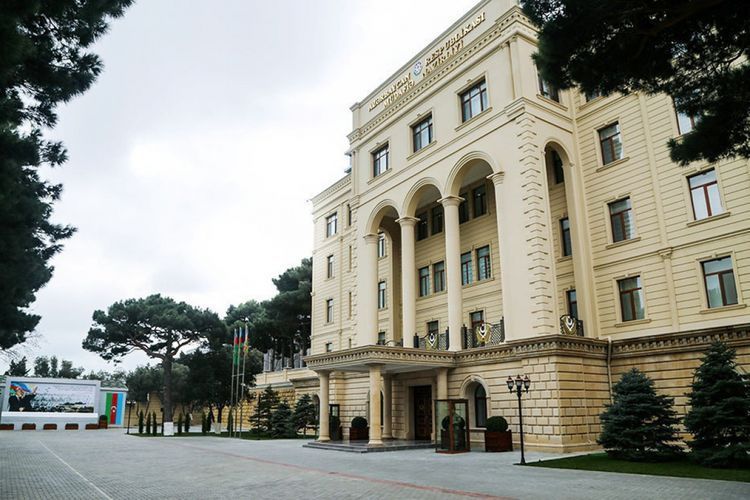 “The reason for bringing the military units of the Armenian Armed Forces under the central command, as well as those located in the first echelon to a high level of combat readiness and their sudden inspection is the dread and fear in Armenian government created by Azerbaijani-Turkish joint exercises held in our country, the Ministry of Defence reports.

It was noted that personnel of Azerbaijani Army is constantly improving its professionalism and combat skills in daily exercises and trainings to fulfill this holy task based on ideas expressed by Commander-in-Chief of the Armed Forces in Balakan yesterday “The Armenian people should finally understand that if they want to live in a normal country, the Armenian armed forces must withdraw from our lands… Azerbaijan will restore its territorial integrity!”

“The combat capability and military potential of our army is the main indicator that will ensure our superiority over the enemy on the battlefield. If the Armenian side again resorts to provocations to achieve its dirty intentions, the Azerbaijani Army will give them an adequate answer,” the Ministry stated.