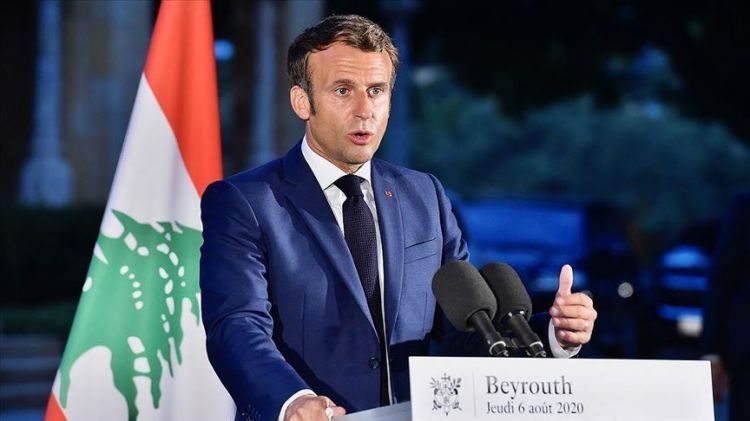 France's President Emmanuel Macron on Sunday will bring the international community together to raise funds for Beirut in the aftermath of the deadly blast earlier this week, EDNews.net reports citing Anadolu Agency.

The virtual conference will be held at 1200GMT with Macron hosting the conference from his vacation home in the south of France.

The conference is backed by the United Nations and will involve major world leaders, including Lebanon's President Michel Aoun and US President Donald Trump.

Leaders from the EU, Britain, China, Russia, Jordan, Saudi Arabia, Egypt, Qatar, and the UAE are also expected to participate.

Two massive explosions tore through the Lebanese capital on Tuesday after a neglected stockpile of 2,750 tons of ammonium nitrate stored in a warehouse caught fire.

The explosions rocked Beirut to its core registering 3.5 on the Richter scale and shattering buildings.

According to Lebanon’s Health Ministry, at least 158 people have died and over 6,000 are injured since Tuesday’s explosion ravaged parts of the Lebanese capital.

Macron was the first world leader to visit the Lebanese capital on Wednesday. In a speech after his visit, he vowed that the aid would not land in the wrong hands and go toward much-needed medicine, food, and housing.

"We will also put in place clear and transparent governance so that all of this aid -- whether it is French aid or international -- is directly channeled to the people, to NGOs, to the teams in the field who need it, without any possible opacity or diversion," the president said.

France sent three military planes to Beirut Wednesday. On board were 55 French soldiers, a dozen doctors, six tons of military equipment, and 15 tons of other equipment and aid.

Lebanon has been in a state of crisis for many years, with the explosions only the latest debacle.

Corruption has been a key issue, recognized by protesters who have taken to the streets in Beirut to demonstrate over the past two nights in a demand for government reform.

Lebanon's Prime Minister Hassan Diab said Saturday that he would call for early elections. Several of Lebanon's government ministers have already resigned in protest over the government's wayward direction.