'Turkey will respond to any harassment in Eastern Med' | Eurasia Diary - ednews.net

The biggest obstacle to peace and stability in the Caucasus is the aggressive attitude of Armenia - Turkish Defense Minister
Read: 181

'Turkey will respond to any harassment in Eastern Med' 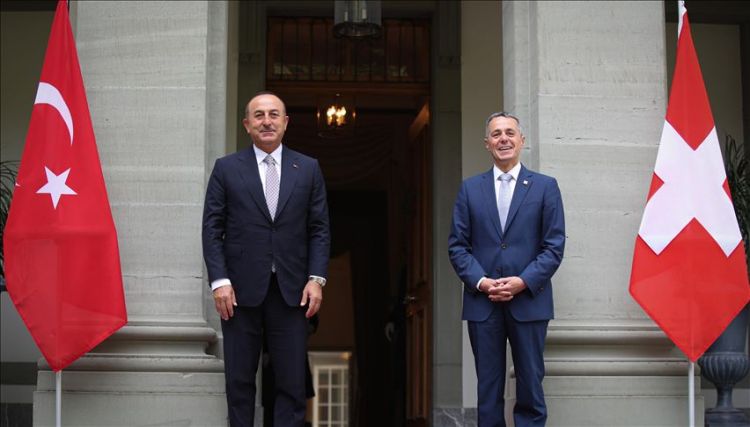 “Greece should avoid maximalist policies in the region,” Mevlut Cavusoglu told a joint press conference with his Swiss counterpart Ignazio Cassis in Bern.

The warning came on the same day as an EU Foreign Affairs Council meeting by video link at Athens’ request on the Eastern Mediterranean issue.

On France declaring it would boost its military presence in the region, Cavusoglu said: “France should avoid any steps that would raise tensions in the Eastern Mediterranean.”

France has supported Greece’s efforts to box in Ankara’s maritime territory based on small Greek islands close to Turkish shores, violating the interests of Turkey, the country with the longest coastline in the Mediterranean.

"We are always in favor of solving all problems through dialogue and peaceful resolutions," said Cavusoglu, reiterating Ankara’s push for a win-win solution based on fair sharing.

Cavusoglu also urged the EU to support dialogue and diplomacy.

This Monday Turkey announced that its drill ship Oruc Reis would begin conducting fresh energy exploration in the Eastern Mediterranean.

The ship will continue its work in the Eastern Mediterranean along with the ships Cengiz Han and Ataman until Aug. 23.

On the controversial Israel-UAE deal for normalized ties announced Thursday, Cavusoglu accused the UAE of sowing instability in the region and “betraying the Palestinian cause for its own interests.”

Under the deal, Israel and the UAE agreed to normalize relations, with Israel in return pledging only to "temporarily" postpone its West Bank annexation plan.