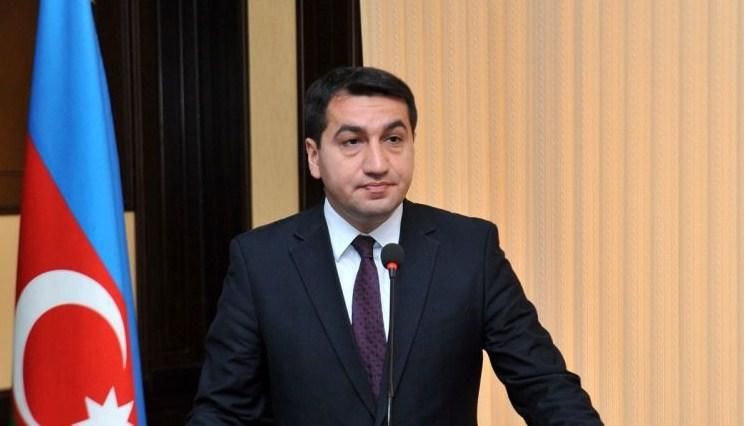 The decisions have been recently made in Armenia to create military formations consisting of civilians, Assistant to the President of Azerbaijan, Head of Foreign Policy Affairs Department of the Azerbaijani Presidential Administration, Hikmat Hajiyev, told reporters, Trend reports.

“Azerbaijan’s regards this as another example of the demographic crisis in Armenia,” the assistant to the president said.

Hajiyev stressed that this decision is evidence of the difficulties faced by the Armenian armed forces in the reinforcement of their personnel, therefore, civilians are involved in various military groups.

"This also shows that the current Armenian leadership, like the Bolsheviks, is trying to create military units to be used for deceitful purposes within the country," assistant to the president added.

“During the events in the direction of Azerbaijan’s Tovuz district, it became clear once again that the Armenian armed forces could not organize their personnel, so they tried to deploy the personnel from the occupied Nagorno-Karabakh region of Azerbaijan and mercenaries from the Middle East,” Hajiyev added.

"Armenia's policy is to deploy mercenaries on the front line and the facts of their death during the military operations are hidden,” assistant to the president said.