Armenian-Azerbaijan clashes in July were not large - Former Armenian President 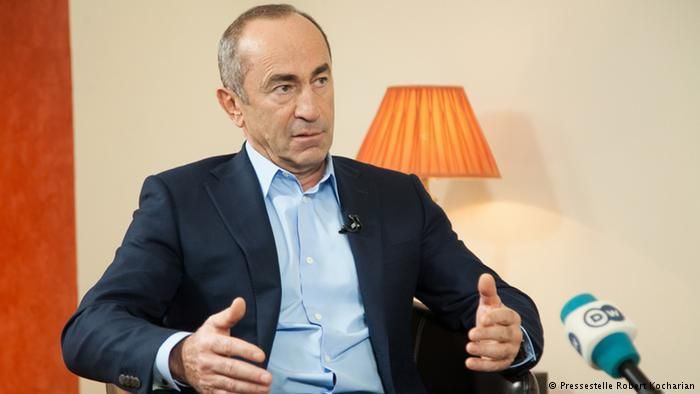 The scales of the clashes in July weren’t large and were even incomparable with the events that took place in 2016, said Robert Kocharyan, the former president of Armenia.

Caucasus Watch reports that Armenia’s former President Robert Kocharyan held an extensive interview with the Russian RBC TV where he touched on a variety of topics concerning Armenia.

Kocharyan first stated that the friendly and fraternal relations between Armenia and Russia were corroding, adding that “it is necessary to work daily so as not to lose what had been built over the centuries”.

According to him, the collapse of the Soviet Union caused the strong blow to the Armenian economy, due to the war in the Nagorno-Karabakh, closed borders and the partial blockade of the country by Azerbaijan and Turkey. He said the powerful environmental movement in Armenia in 1988-1990 that later merged with the Karabakh movement made the blow stronger.

“As a result, the Armenian nuclear power plant, the chemical complex in Kirovakan (now Vanadzor), which was one of the largest chemical plants in the entire USSR, the Nairit chemical plant - the largest producer of rubber and a copper plant in Alaverdi, all were shut down. All that broke the back of the Armenian economy,” Kocharyan said.

Touching upon the challenges in Armenian economy, Kocharyan noted that the Armenian market, with its scale, cannot be self-sufficient and that the entry into the Russian market has given a boost to many sectors of the Armenian economy. According to his view, difficulties Armenia face that prevents him from taking place in European market.

Former president also voiced his concerns over the current political developments, especially the growing power of Soros institution in Armenia. He spoke about Velvet revolution, saying that the social networks plays significant role in the wavering protests.

“I believe there was a clear trend of a wave of populism which, by the way, passed across Europe over the past years, and this was probably due to the development of social networks and decentralization of the information field. The authorities didn’t manage to adapt their political toolkit to this situation. The forces that took advantage of this situation were managing the seeming information chaos rather well, and, of course, they are technologies that are used the right way,” he said.

Furthermore, Kocharyan consider that the scales of the clashes in July weren’t large and were even incomparable with the events that took place in 2016, but he warned there is always a threat of larger operations as the ‘eye for an eye’ principle is always on the line of contact.

In the end, he was asked about the role of Turkey in Armenia-Azerbaijan tension.

“Turkey was acting extremely and extremely categorical, but I don’t have any information about Turkey inciting Azerbaijan. It seems to me that the incident was part of the logic of strengthening… the line of contact of the sides at war,” he said.

Turkey has always had its eye on the South Caucasus. In this situation, it wants to expand its presence and is part of the processes that are unfolding. To be fully objective, Russia is the only country that is restraining Turkey’s interests,” he added.