Every Armenian resident of Karabakh will have to take a written oath of allegiance to Azerbaijan - Expert
Read: 682

"Agdam operation was already part of plan, we would have liberated Agdam, anyway" - Azerbaijani President
Read: 338 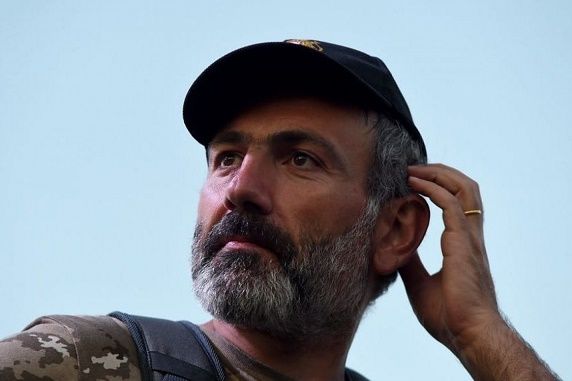 Armenia announced that it is preparing to recognize Nagorno-Karabakh in case the ceasefire process fails.
After meeting with President Armen Sargsyan, Armenian Prime Minister Nikol Pashinyan said, “If there is no ceasefire and the road to negotiation is blocked, Armenia will recognize the independence of Karabakh. We expect other countries of the world to take similar steps. Azerbaijan-Turkey alliance's goal is not only Nagorno-Karabakh, is to upset all balances in the South Caucasus. At this rate, will be Turkey's land border with Russia, "he claimed.
President Aliyev announced 13 villages have been liberated
Azerbaijani President Ilham Aliyev announced that after the declaration of the new ceasefire on October 18, the Armenian forces restarted the clashes as of 00:02 the previous night and said, "Our army, which responded to the Armenian attacks in the 24 hours we left behind, saved 13 more villages in the Jabrayil region". Stating that there were dead and wounded in Armenia's attacks on civilian settlements, Aliyev explained the rescued villages as "Soltanlı, Emirvarlı, Maşanlı, Hasanlı, Alikeyhanlı, Kumlak, Hacılı, Göyerçinveyselli, Niyazgullar, Keçel Mammadli, Şahvelli, Hacı İsmayıllı and İsakli". Target is Energy lines
On the other hand, it has been proven once again that Armenia directly targets the Azerbaijani infrastructure and especially the energy transmission lines. Azerbaijan's Chief Prosecutor's Office announced that several long-range missiles fired from the Armenian territory the night before fell within 250 meters of the Baku-Novorosiysk oil pipeline, 300 km from the front line.