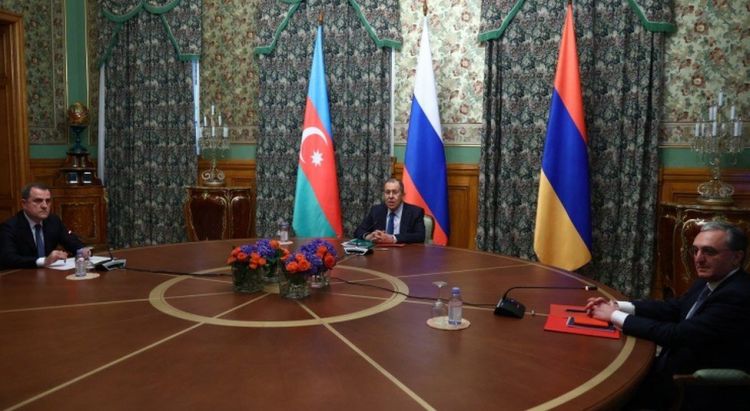 The reaction of Russian experts and decision makers to the escalation of the Karabakh conflict attests to the fact of ongoing slow agony of the Russian Empire, said Murad Muradov, the co-founder and deputy director of Topchubashov Center, Baku-based think tank.

According to Muradov, new war in Karabakh between Armenia and Azerbaijan is seriously concerning Russian political elite.

"They seem to have realized that Moscow does not have any positive outcome from the current war since it does not possess efficient channels for influencing Azerbaijan and Armenia other than the conflict itself," said Muradov, and adding that "there are no economic boons Russia can offer, and since it has never taken the independence of post-Soviet Republics in earnest, Moscow never thought of building a proper long-term policy towards them."

Expert noted that Moscow is in the impasse.

"If Moscow doesn't interfere, most probably Azerbaijan will gain an upper hand, the conflict will end for good and Armenia will have no stimulus left for aligning with Russia," Muradov stressed.

Expert also considered that if Moscow does and forces Baku to retreat, it will receive two hostile countries in South Caucasus instead of one (Georgia), the real possibility of a NATO belt directly along the Caucasian border and an isolated, further weakened ally (Armenia) which will be of less and less use.

"That's why we hear fantastic suggestions in Russia about "punishing Turkey and striking terrorist camps in Karabakh", all the hype about the "Islamist threat", reiterating lies so obvious (such as the alleged downing of an Armenian plane by Turks) that even Armenia has forgotten about them, hysteric suggestions of restoring the USSR or recognizing "Artsakh" etc," he emphasized.

"The "ceasefire" brokered by Russian Foreign Minister did not hold even for an hour. Moscow probably realizes now that while it has only the old and battered myths of Soviet unity, friendship of peoples and vulgar realism of blackmail over various conflicts to offer, Turkey has built soft power, managed to become a truly indispensable partner for a number of countries in the region, including Georgia and Ukraine, and to produce some of the most advanced high-tech weaponry which has no analogues in Russia. The growing sense of historical defeat and fading into insignificance must be the minds of so many in Moscow right now," he added.