‘Cyprus solution must be based on sovereign equality' | Eurasia Diary - ednews.net

‘Cyprus solution must be based on sovereign equality' 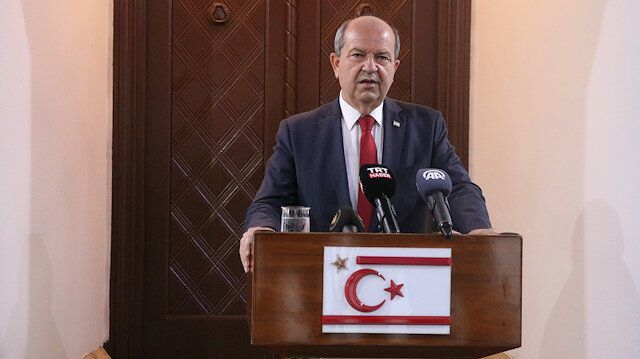 An official negotiation process on the Cyprus issue can only be started for a solution based on sovereign equality, the president of the Turkish Republic of Northern Cyprus (TRNC) said Wednesday, Yeni Safak reports.

Ersin Tatar stressed that the 5 1 informal meeting on Cyprus set to be held under UN auspices is expected to take place in late February or early March, depending on the course of the novel coronavirus pandemic.

Noting that over 50 years of talks on the Cyprus issue have yielded nothing, Tatar said the negotiations over a federation have been exhausted.

"Our addressee in the 5 1 conference is the UN. The UN participates in these meetings within the framework of goodwill missions. If technical information is requested, this information can be requested from the EU, but the EU is not a party to these meetings. It should not be," Tatar said.

Referring to the issue of COVID-19 vaccination from the EU, he underlined that the TRNC asked the UN to create the necessary grounds, adding their addressee was the EU, not the Greek Cypriot Administration.

Tatar said they have attempted to enable bi-communal technical committees consisting of Turkish and Greek Cypriots to work on the vaccination issue.

The island of Cyprus has been divided since 1974, when a Greek Cypriot coup was followed by violence against the island's Turks and Turkey's intervention as a guarantor power.

It has seen an on-and-off peace process in recent years, including a failed 2017 initiative in Switzerland under the auspices of guarantor countries Turkey, Greece and the UK. The TRNC was founded in 1983.