Space hurricane which rains electrons instead of water discovered by scientists
Read: 1298 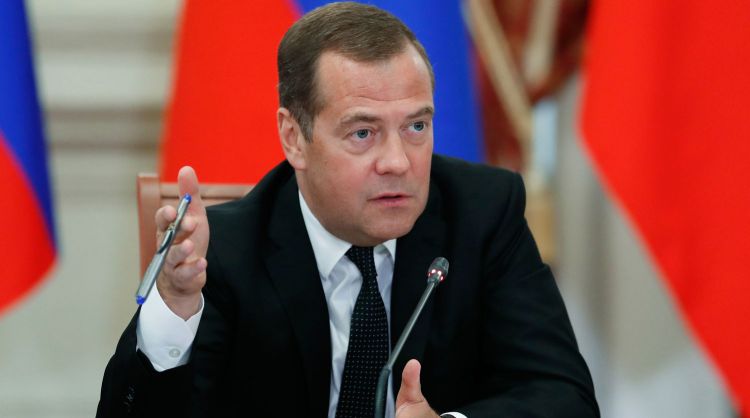 The deputy chief of Russia’s Security Council Dmitry Medvedev noted the US’ strive to restore ‘to a certain extent’ its image as a reliable strategic partner. In his op-ed published by tass.com on Saturday he referred to election pledges of US President-elect Joe Biden to extend the START III treaty with Russia as those sounding ‘very optimistic, Tass News reports.

"The US is trying to restore to a certain extent its image as a reliable strategic partner. Election pledges to extend the START III treaty with Russia which Biden called ‘an anchor of strategic stability between the United States and Russia’, sound very optimistic," Medvedev said.

Biden is an advocate of arms reduction and has been involved in drafting the INF Treaty since the Soviet era, he noted. "One of the election campaign themes was that the US should not withdraw from the Open Skies Treaty, the World Health Organization and the Paris Climate Agreement - processes that have been set in motion in recent years," the deputy chief of the Security Council added.

"By the way, the withdrawal of the US from the Paris Agreement and its expected new accession to it is one of the clearest and most recent examples of political turmoil. There is now a tectonic change in the very basis of economic activity. A new economic order is taking shape. States and individual companies are reshaping their models to be carbon neutral, carrying out rigorous assessment of their business chains starting from suppliers in some countries to consumers in others. Global investors are rethinking their strategies. International organizations are shaping new reporting standards that will obviously apply globally," Medvedev wrote.

"All of these factors are of global importance. And the US position, or rather its floundering, can obviously create new global imbalances. Although everyone will adapt to them after a while," he added.