Apophis meteor will gently pass by Earth tonight - experts warn it could collide with our planet in future
Read: 4368

Not a single Armenian will live in Karabakh - Time is in our favour
Read: 280 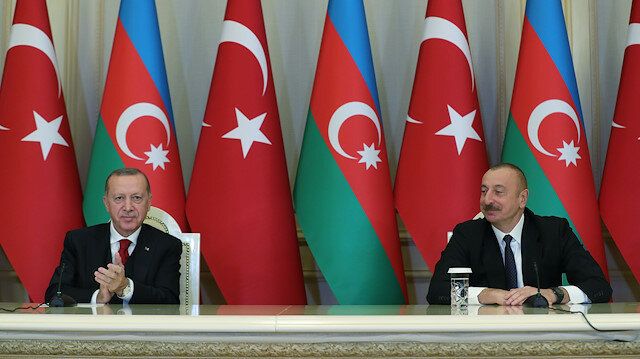 Erdogan said Azerbaijan’s victory in Upper Karabakh has brought new opportunities for peace and stability in the region, the Turkish Directorate of Communications said in a statement.

Underlining that Turkey’s support and cooperation will continue in all areas, he expressed pleasure over the start of repair and construction activities in Upper Karabakh, which was liberated by Azerbaijan from the occupation of Armenia.

Relations between the former Soviet republics of Armenia and Azerbaijan have been tense since 1991 when the Armenian military occupied Upper Karabakh, also known as Nagorno-Karabakh, internationally recognized as Azerbaijani territory, and seven adjacent regions.

During the six-week-long conflict, Azerbaijan liberated several cities and nearly 300 settlements and villages, while at least 2,802 of its soldiers were martyred. There are differing claims about the number of casualties on the Armenian side, which, sources and officials say, could be as high as 5,000.

The two countries signed a Russian-brokered agreement Nov. 10, 2020, to end fighting and work toward a comprehensive resolution.

A joint Turkish-Russian center is being established to monitor the truce. Russian peacekeeping troops have also been deployed in the region.

The cease-fire is seen as a victory for Azerbaijan and a defeat for Armenia, whose armed forces have withdrawn in line with the agreement.

Violations, however, have been reported in recent weeks, with Armenian soldiers reportedly hiding in the mountainous enclave.